Kia will bring the “extended hot hatch” notion to Frankfurt.

As promised, an all-new 5-door hatchback concept from Kia is ready to make is public premiere at the upcoming 2017 Frankfurt Motor Show. It is said to be a styling direction preview for Kia’s third-gen 3-door Cee’d sporty coupe, which is scheduled to come in 2018.

In spite of not having been named yet, the new concept will allegedly feature the brand’s new body style. Accordingly, it will be an “extended hot hatch” that endures and continues the sporty look of the Cee’d predecessor alongside receiving some extra practicality with a larger trunk and new rear doors. 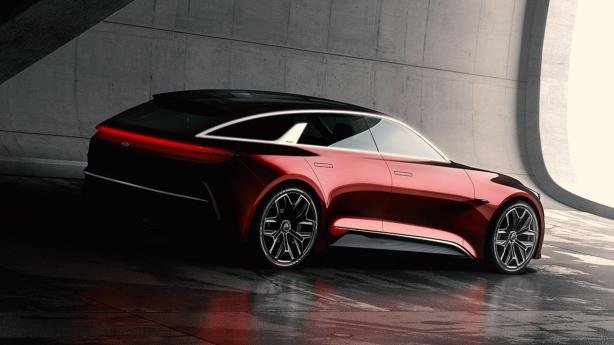 Similar to the way Hyundai did with the i30, it’s likely that Kia will also add a fastback body style to its new concept, but perhaps, in a different approach. Furthermore, striking wheel arches, GT badging and lowered suspension will probably be characteristics converging on the production version.

One more interesting detail is that B-pillars don’t exist in the concept shown here. Instead, they’re replaced by door handles sitting flush with the bodywork. Not only that, the car’s sleek look is likewise reinforced by short overhangs, full-width tail lights and the compression of traditional side mirrors.

In any case, hope for at least a name before Frankfurt.