New 2021 Mercedes-Benz GLA can be your first German SUV

Following the new GLB, the Auto Nation Group, the official distributor of Mercedes-Benz in the Philippines, has brought in the latest iteration of the GLA. For those who aren’t aware, the GLA is the German luxury car maker’s subcompact SUV contender. The new one is now in its second-generation, and despite being an “entry-level” Merc SUV, it has a lot to offer. Under its hood, the new Mercedes-Benz GLA is powered by a 1.3-liter turbocharged inline-4 gasoline engine. It can churn out up to 163 horsepower and 250 Nm of torque, and it uses a dual-clutch automatic transmission directing power to its front wheels. The new GLA also comes with several driving modes, or what Mercedes-Benz calls as driving profiles. These include Comfort, Eco, and Sport.

Just like the other models using the MFA2 platform, the 2021 GLA still uses a MacPherson strut front suspension and a Multi-link for the rear. 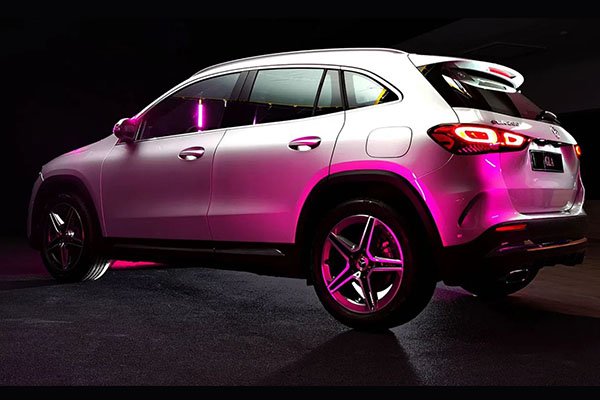 Note the softer lines on the new GLA. The model itself grew in size too

With regard to its interior, Mercedes-Benz gave the new GLA a few changes. The most notable is the more upright seating position and the more high-tech tools. Also note that this new version of the GLA finally ditched its analog gauge cluster in favor of a more visible, and more customizable digital gauge cluster.

Apart from being luxurious inside, the new GLA also comes with several driver-assist features. These include a Parking Package with active parking assist, active braking assist, attention assist, and the more standard stuff like stability control, ISOFIX, anti-lock braking, and hill start assist. The 2021 GLA's interior. Note the screen stretching along the length of the dash

Back outside, the new Mercedes-Benz GLA has definitely grown in size. Its roof was raised and it now offers better headroom. The ground clearance was raised up to 143 mm as well.

Overall, it also looks softer than the previous version by ditching the more aggressive details. Mercedes-Benz after all, said the GLA targeted demographic are women.

Currently, the only variant available locally is the Mercedes-Benz GLA 200 AMG Line. It can be had for Php 3,290,000, which is a fair bit more than the previous version’s price tag.

For more news on the latest car releases in the Philippines, keep reading here on Philkotse.com.