The next-generation Jeep Wrangler 2018 has fully been launched at the ongoing 2017 Los Angeles Auto Show. As reported, the 4x4 SUV is lighter and more rigid than before. Besides, it is better equipped with new techs for better on- and off-road performances. For 2018, the Wrangler is offered in Unlimited (5-door) and Limited (3-door) body configurations. On the whole, the last generation’s design mainly covers the new one. However, the new Wrangler adopts more modern front and rear facets. Point by point, new LED headlamps now borders the “keystone” grille while the front bumper brings the off-road SUV a sleeker look. The rear view, in the meantime, also features new taillights, revised rear bumper and new tailgate. Not only that, the rear wiper is also replaced and a reverse camera is also installed within the spare tire hole. 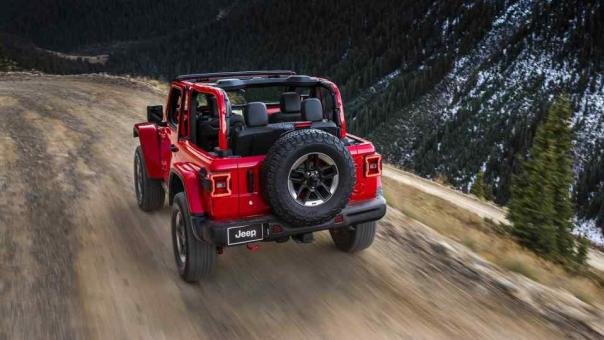 The rakish windshield is also worth of our interest, which significantly helps enhance aerodynamic traits of the 4x4. Because of a simpler design, it is more effortlessly to fold down. Beyond that, the new vehicle only needs to remove 4 bolts, in lieu of 28 like its predecessor. One of the most noticeable changes in the 2018 Wrangler is its curb weight. In detail, it is 90 kg lighter than the previous gen model. This is because the brand has tried to make full use of high-strength steel and lightweight aluminum in most parts of the car such as doors, windshield, hood, and tailgate. Plus, the frame is also lighter but durable thanks to high quality steel. 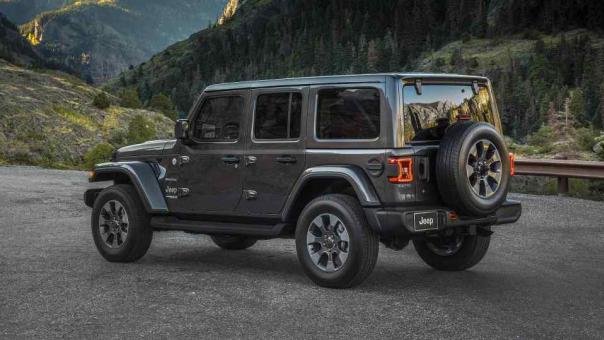 The rakish windshield is also worth of our interest

Interior-wise, there are minor changes for the new model: new analog gauges and multi-information display as well as a revised U-connect infotainment system. Practicality is likewise enhanced with new center console which is mounted USB port and is capable of placing up to 5 smartphones at the same time. What’s more, the dashboard, start/stop button, and automatic climate control are new, too. 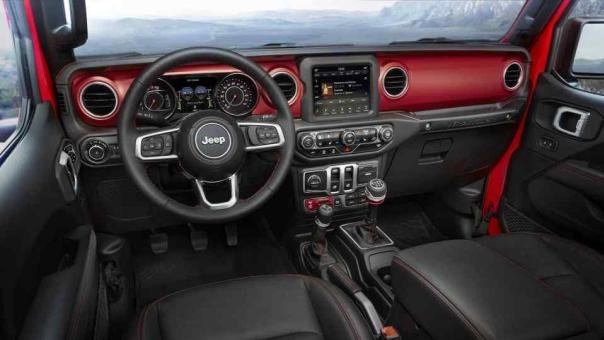 Interior-wise, there are minor changes for the new model 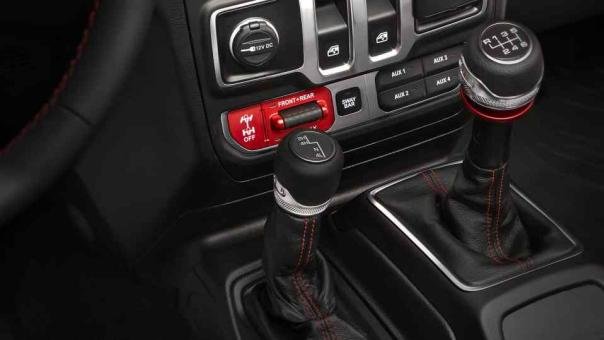 Mentioning the hardware, the Jeep Wrangler 2018 comes with two engine options. The first mill is a 3.6L Pentastar V6 unit with 290 PS and 353 Nm, paired with either an 8-speed automatic transmission or a 6-speed manual. The other is a smaller 2.0L inline-four turbo gasoline delivering 264 PS and a peak torque of nearly 400 Nm. Because of using a mill hybrid system, the latter powerplant solely comes aired to the 8-speed automatic gearbox. Further, it also receives the help from a 48V battery and a belt starter-generator to optimize the total output. According to latest car news, a 3.0L turbo diesel engine might also be introduced soon.

Similar to the outgoing model, the new Jeep Wrangler will have the Rubicon, Sahara and Sport in its lineup.

No words on price of 2018 model year, but let’s consult the the Jeep Wrangler 2017 price in the Philippines: