The production version is expected to debut later this year.

The second-gen Hyundai Veloster 2019 is now on the stands at the 2018 North America International Auto Show (NAISA). The sporty hatchback has debuted with three guises from the standard to the high-performance N trim as we mentioned in our previous article. 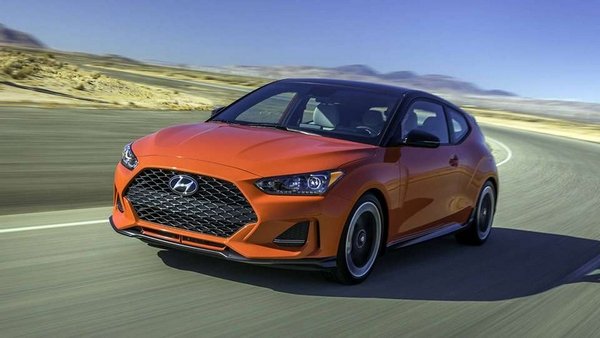 First of all, as for the overall dimensions, the 2019 Veloster is 10mm wider and 20mm longer than the first-gen model yet the height is still fixed. The increase in size means that the interior space will likewise be expanded: more legroom and headroom (15mm more headroom at the rear) are created. 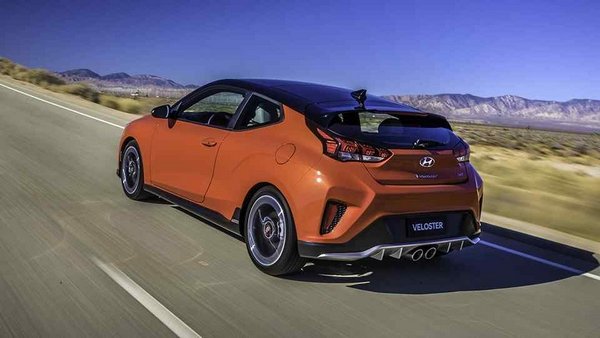 In terms of design, it’s exactly a “City Rally Car”. In this generation, the A-pillar and the cowl are moved rearwards, making the hood less stubby and more prominent. At the same time, signature tweaks have been preserved including the odd door pattern and center-exit exhaust. 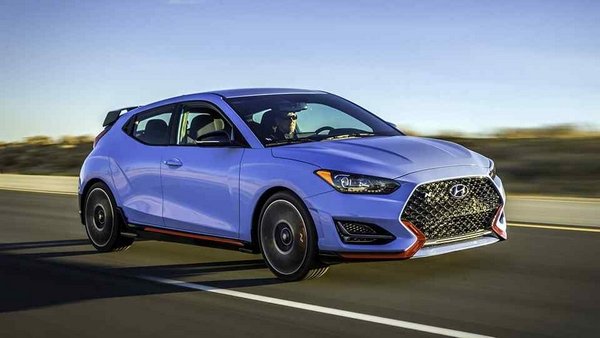 The N Performance gets a distinct Blue paintjob

Exclusively for the N Performance, it comes adorned with new skirts, bigger exhausts, a rear diffuser, a unique hatchback wing to differentiate itself from the standard version and especially, a distinct Blue paintjob. Concerning the front-end, this part gets ducting which is in charge of channel air to larger brakes then giving better efficiency. 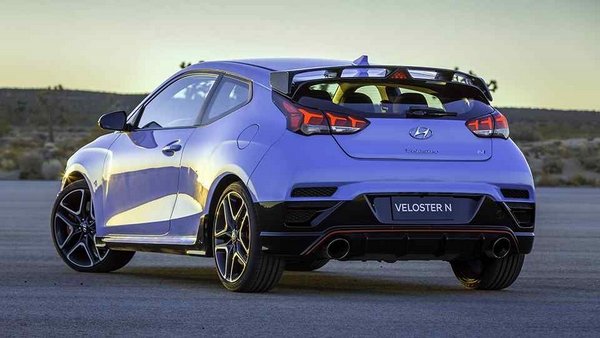 Inside, the Hyundai Veloster 2019 interior is as asymmetric as the outer appearance. A high-tech cabin is clearly demonstrated in a colored heads-up display and a 7-inch touchscreen infotainment system. Even, a proprietary boost gauge in the info display comes as an offering in the turbo model. Inside, the Hyundai Veloster 2019 interior is as asymmetric as the outer appearance

Under the hood, the standard 2019 Veloster is powered by a 149 PS/178 Nm 2.0L inline-four engine, coupled with either a 6-speed automatic transmission or a 6-speed manual. On the other hand, the Turbo runs a 1.6L inline-four turbo generating 203 PS and 264 Nm, paired with a 6-speed manual or a 7-speed dual clutch. With regards to the top-end N Performance, its 2.0L turbo inline-four mill can push out up to 278 PS and a max torque of 350 Nm. The 6-speed manual is the only transmission option. As claimed by the car manufacturer, the N features a stronger clutch along with reinforced gears to hold power while the gearbox has got an automatic rev-match system. The biggest change in the new Veloster may be the suspension system dubbed “Power Sense” that will presumably mitigate torque steer like the way that of the Honda Civic Type R does. New suspension promises to give the car more response around corners. The standard brakes come with 330 mm motors while 345-mm ones comes as an option.

The Hyundai Veloster Philippines is a hatchback coupe that has been around the South Korean marque's lineup since 2011. It is available in the Philippines in one variant and the Hyundai Veloster 2022 price is at Php 1,798,000. Under the hood, this vehicle comes with a 1.6-liter T-GDI (turbocharged gasoline) engine good for 201 horsepower and 265 Nm of torque. A 7-speed dual-clutch transmission (DCT) is paired with the engine to send power to the front wheels.

Dimensions-wise, the Veloster measures 4,240 mm long, 1,800 mm wide, and 1,409 mm high, with a wheelbase and ground clearance rated at 2,650 mm and 151 mm, respectively. Locally, this Korean hatchback coupe is comparable to the likes of the Toyota GR Yaris, Mazda3 Fastback, and Honda Civic Type R.