Still, Toyota didn’t give clear words for this prediction.

Last week, the all-new Toyota RAV4 2019 has been revealed at the New York Auto Show with a bit shorter body but a longer wheelbase than its predecessor. This stretch has aroused an expectation of a new 7-seat variant. Speaking of this, although Mr. Jack Hollis - Vice President of Toyota Motor North America group and Toyota division’s General Manager did not outright dismiss the idea of a 7-seat RAV4, he did not  either promise to realize this idea in the near future. He also revealed that Toyota has already provided a reasonable market share for the 7-seat SUVs, so a 3-row version of the RAV4 wouldn’t be a top priority at the present. It could come true in the future but for now, the 5th-gen RAV4 will be equipped with just 5 seat configuration. Worth of note, Toyota already sold a 3-row RAV4 in Japan and North America a few years ago, with the third seating row only fit for children. The 5th-gen RAV4 will be equipped with just 5 seats

Hollis suggested that the all-new Toyota RAV4 2019 could be futher electrified in addition to the announced hybrid versions expected to walk in the United States at the beginning of 2019. The new crossover was also said to be involved in Toyota’s plans of producing more pure EVs and plug-in hybrids. 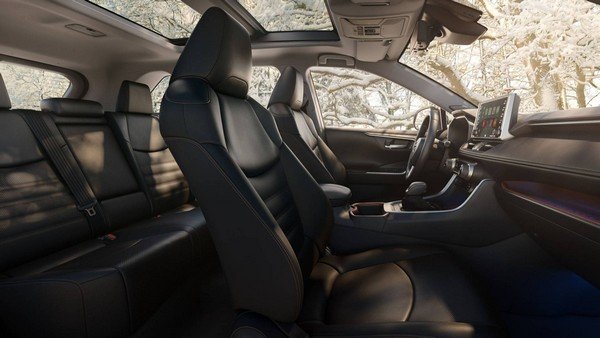 Back in the past, the RAV4 did have a fully electric variant under an agreement between Tesla and Toyota. The electric model was produced with just 2,600 units and was phased out in late 2014 after just 2 model years.

While waiting for further disclosure from the Japanese autmaker, let's check out the newest price list for the Toyota RAV4 2018 in the Philippines: