Next week, the Toyota Corolla Hatchback 2019 is going to make its debut at the New York Auto Show.

Time won’t be long for us to when we can behold the Toyota Corolla Hatchback 2019, the Version of the Euro-spec Auris for the North American auto enthusiasts. Some changes being applied to this new model from its predecessor. The new version is 1.5 inch longer, which means it has the total length of 172 inch. The new one also gets 1.2 inch in the width (70.5 inch) while being designed 1 inch lowered compared to the Auris. The TNGA platform, standing for Toyota New Global Architecture, used in this model and extra seals in the panel gaps going along with sound-diffusing material help improve the effective noise-proof cabin.

Taking a look at the interior, it is easy to recognize the appearance of large storage areas which include a box capable of holding a smartphone a size of a 6s plus iPhone. The surfaces are made to feel matte and shiny. On the front doors appear very big cup holders (capable of carrying 700g bottles and Documents a size of A4 paper). The same holders appear on the rear doors as well but they can only carry 45g bottles. 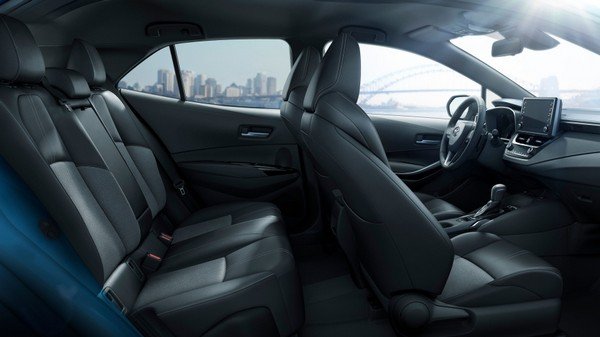 The surfaces are made to feel matte and shiny

A change in the engine is that a new 2-litre gasoline motor will replace the previous 1.8-littre unit. An improvement is also made by using the direct injection to make it smaller and lighter than the Corolla iM. The engine also brings down more the NVH (noise vibration harshness) levels; therefore, performs a smoother ride experience. With this 2-liter engine, it is positive to say that the new Corolla will get pretty more powerful than its predecessor (puts out at 137 HP and a torque of 126PF). The remaining power will be sent to the front wheels whether the new 6-speed manual or another completely new variable gearbox. 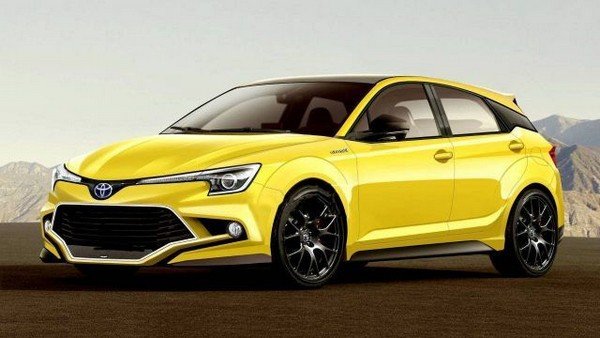 On the occasion of selling out the Corolla Hatchback in America comes along with the 2nd generation of the Toyota Safety Sense which provides a multitude of systems as follows: lane changing warning, Auto-high-beam, Automatic lane-tracing, and a system assisting detecting pedestrians. The model is equipped with 7 airbags, the reverse camera, an eight-inch touchscreen installed Apple Carplay and a system of 3 speakers. Next week, the Toyota Corolla Hatchback 2019 is going to make its debut at the New York Auto Show but not until the arrival of this summer will it be on sale. The 5-door vehicle will go on sale this summer