Toyota Camry 2019 to be launched in Thailand on October 29th

The Toyota Camry 2019 comes with a bolder style and a revamped interior.

Toyota Thailand has disclosed that the 8th-gen Toyota Camry 2019 (XV70) will make its debut in the country this October 29th. This news comes after several months when the Camry was spotted on Thai roads with a heavy camouflage.

According to the new teasers, the Camry is built on the TNGA (Toyota New Global Architecture) which is also used for the Toyota C-HR and Toyota Prius. 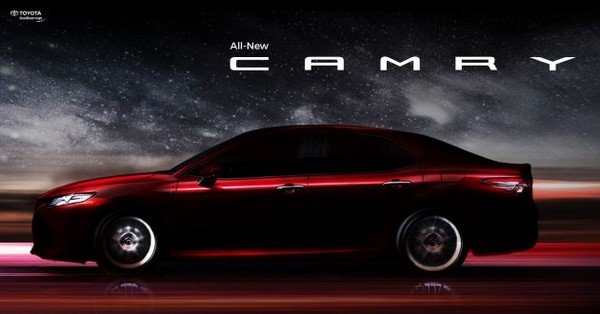 The Toyota Camry 2019 is predicted to be powered by a 2.5L 4-cylinder A25A-FKS engine which is capable of cranking out 206 hp and 252 Nm of torque, works in a conjunction with an 8-speed automatic gearbox.

Besides, the car also comes with a hybrid engine paired with a Dynamic Force Engine. The mill can produce 176 hp and 221 Nm of torque, plus an 118hp 202 Nm electric engine, contributing to a total output of 209 hp. The electric engine is powered by a nickel-metal/lithium-ion hydride battery which is now positioned under the rear seats, instead of in the boot. The new Camry is predicted to be powered by a 2.5L 4-cylinder A25A-FKS engine

According to the latest car news, the Toyota Camry 2019 will be adorned with a bolder style with a ‘Keen Look’ front fascia and a redesigned interior. It is also equipped with more techs for driver assist systems and safety including adaptive cruise control and autonomous emergency braking. 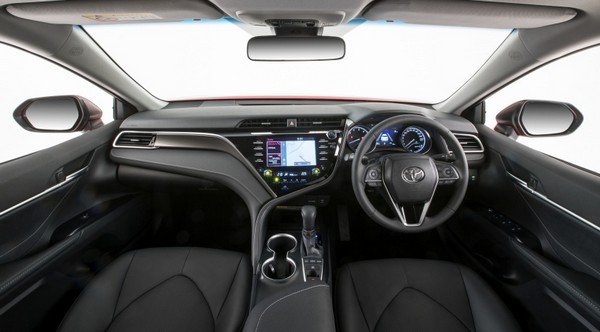 The Camry 2019 will get a redesigned interior