The Mazda CX-5 2017 assembled in Malaysia, to hit our shores soon

Though the Mazda CX-5 2017 was introduced in many ASEAN countries, this will be the first time it is assembled in our region.

As Philkotse mentioned in our previous story, Mazda Malaysia has officially announced the all-new Mazda CX-5 2017 prices. More than that, Malaysia will be the first nation in Southeast Asia to assemble this hot crossover SUV, according to latest car news. 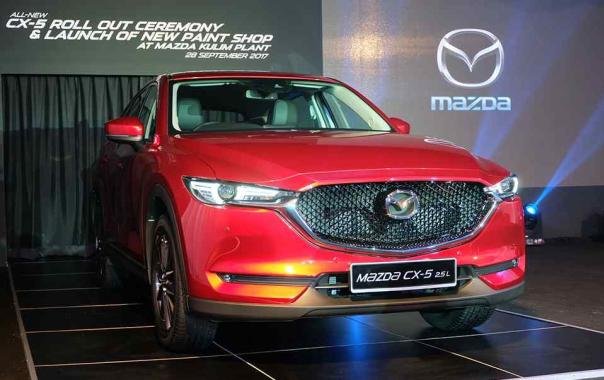 Recently, the assembly roll-out ceremony of the second-gen Mazda CX-5 has just celebrated at the INOKOM factory in Kulim, Penang, Malaysia. At the ceremony, Managing Executive Officer of Mazda Motor Corporation Hiroshi Inoue announced the new-generation Mazda CX-5 would be assembled there. Notably, the assembly of the Malaysian-spec CX-5 will use the Complete Knocked Down (CKD) kits from Japan. Good news is that the new Mazda CX-5 2017 will be exported to other auto markets in the region, including our country.

"In addition to Thailand, the new CX-5 will eventually be shipped to the Philippines, Indonesia and other ASEAN markets," said Mr. Inoue.

Currently, Mazda PH has been importing the CX-5 from Japan. Nevertheless, engine options seem not to adapt provisions of the Japan Philippines Economic Partnership Agreement (JPEPA). For this reason, bringing in vehicles from our neighboring country would be advisable since it could meet the regulations of the ASEAN Free Trade Area, especially in terms of looming vehicular excise taxes.

Now, let's take a look at some images of the Mazda CX-5's assembly at INOKOM factory: