Aug 20, 2019 | Same topic: Car sneak peeks - Check it out!
The Nissan Patrol is a car that most people grew up with. And regarding the Nissan Patrol in the 2020 edition, what are we looking for?

The Nissan Patrol is a car that most people grew up with and has at one point in time been able to ride or drive one before. For the past decade, it has proven its worth and has been a favorite with its commanding size and capability. It has over the years left its indelible mark as one of the most sought after vehicles for car buyers.

The Nissan Patrol is a car model that will remain here for probably the next decade or so, and with a little bit of a nip and tuck, it can make a stronger comeback. Spotted on the hot sands of the Middle East is the global preview of the Nissan Patrol 2020. The sturdy front of the Patrol was given an extensive redesign. Gone are the squared-off headlights and in comes the new C-shaped units almost resembling the Nissan Serena.

As if the Patrol is not imposing enough, the grill is more prominent now with the bumper receiving a little tweaking on its own. The bumper is now looking more chiseled on the corners complemented with reproduction air intakes and brushed chrome effects. No, Nissan is not going to leave the rear the same as it has also received a little upgrade to complement the front. A new set of tail lights adapting a longer and wrap-around like design has now been incorporated.

The material of the tailgate is currently using sheet metal with more character lines than the 2019 Nissan Patrol. Similar to the front, the back will also be sporting a defined and more formed look. To complete its new look, 2020 also gets new alloy wheels. Since the current Patrol has been long-time loved by the population, the rest of the body will remain as it is.

As of date, the interiors of the car is still a surprise, but some tweaks are expected. Keeping up with the trend, a newer and more user-friendly infotainment system might be incorporated to work with the ever-reliable Nissan Intelligent Mobility safety suite. If Nissan aims to really wow the crowd, perhaps a new dashboard might also be part of the bucket list.

As far as the engine is concerned, no updates yet have been released if the 5.6-liter V8 will be used for the 2020 model. The VK56VD though is capable of 400 PS and a torque of 560 Nm. No official release as well with regards to the turbodiesel preference of the 2020 Patrol.

>>> Catch up with the latest changes in Nissan Philippines price list 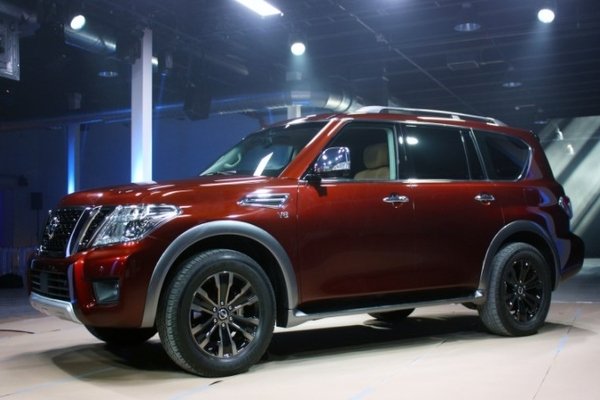 The grand international unveiling of the Nissan Patrol 2020 likely is near possibly even to happen at the much anticipated Dubai International Motor Show in November. It is indeed something to look forward to! Let's stay tuned and keep updated with Philkotse.com in car news and reviews sections