Updated Apr 07, 2018 | Same topic: Automotive Industry Updates
And it comes available with two variants, the base LT and the top-spec LTZ.

It is such a pity that the all-new Chevrolet Cruze 2018 did not make it to the Manila International Auto Show - MIAS 2018. However, good news is that official pricing for this C-segment sedan has been revealed. The all-new Cruze did not attend MIAS 2018

According to the latest car news, the all-new sedan will come in with two variants, namely the Cruze LTZ as the range-topper and the Cruze LT as the base trim level. Price tags for these two variants are P1,443,888 and P1,135,888, respectively. Once entering the local market, the next-generation Cruze will go head-to-head with the Honda Civic which has the similar price range of between P1,138,000 and P1,643,000. 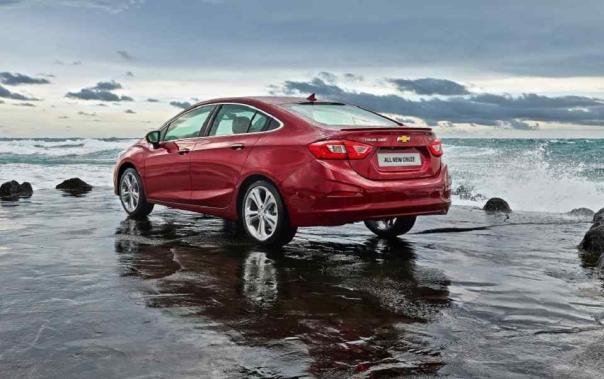 At the moment, the Chevrolet Cruze 2018 has yet to be unveiled with any further information about its exact list of features. However, what we are sure of for now is that it will be powered by a fresh 1.4L turbocharged EcoTec 4-cylinder engine paired with a 6-speed automatic gearbox. It is claimed to be able to produce 155 PS and 240 Nm of torque.

Apart from the new turbocharged powertrain, the new Chevrolet Cruze is also expected to receive a more prominent look, a fresh dual cockpit design and the newest gen of MyLink infotainment system. Official debut of the car in the Philippines is set to take place some time this year.