Ferrari unveiled that their first unit for 2019: Ferrari V8 Hybrid will be lighter, faster and definitely more powerful.

Ferrari, as one of the most sought-after makers of quality supercars, does nothing but give their spectators' cars worth looking out for. After releasing a few units last 2018, they topped the whole line up with their winning 488 GTB.

The 488 GTB was one of the most powerful supercars in recent years, but we didn’t know that Ferrari had something much bigger planned. It was early this year that news circulated about the manufacturer’s intention of finally releasing the unit to public availability in late February.

The only information as stated by the late Sergio Marchionne was that they were currently working on a hybrid car with a V8 engine. So that’s one clue as to what the car will be. Also, considering the fact that it’s Ferrari, we knew everything about the car was going to be big, especially the price tag.

If you’ve heard of the 488 GTB, you might think that it would be almost impossible to beat the digits that it can generate. However, even before the reveal, the company has already unveiled news that their first unit for 2019 will be lighter, faster and definitely more powerful.

It’s also expected to possess every high-tech smart feature out here to aid the driver. Indeed the new, unnamed Ferrari model was already assumed as an example of style, power, and performance even before it was born.

The excitement of car enthusiasts and media everywhere were quenched at the 2019 Geneva International Motor Show where the Ferrari V8 Hybrid was fully revealed.

As promised, the unit was indeed “more” than its predecessor, the 488 GTB, in every way. The unit had an eye-catching semi-gloss finish that highlights the body design. Ferrari stuck to its low and flat signature body design fit for asphalt roads and carried a few exterior characteristics that any Ferrari fan would recognize. The body was not completely new because it carried details from old exterior body designs of previous Ferrari classic units - but it remained, a marvel to the eye. Even though it carried different design elements, experts say that these were intelligently added into the car so to make it more aerodynamic.

The rear of the unit also packs four afterburner-styled tail lights. This serves the purpose of the tail light while doing it in style. The all-new headlight units also feature intakes that aid in brake cooling. This technique is not popular with other automotive manufacturer and is more generic in supercars that can reach up to 300 kilometers an hour. Speed generates heat. Then this means the Tributo’s engine will generate a lot of it. That’s why there’s also a Lexan rear window equipped with louvers to help relieve the hot air in the engine bay. The unit is expected to have a keyless entry feature and push-to-start engine design. It makes access quicker and more secure for the owner.

It has more aggressively-styled rear and front bumpers. It’s one of the first features that set it apart from its 488 GTB predecessor. 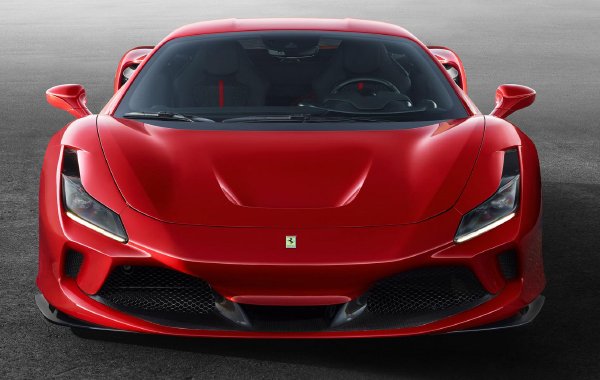 The interior also received major styling, including the steering wheel that has noticeably become smaller in diameter. The infotainment system isn’t only limited to the driver anymore. For the F8 Tributo 2020, they made a 7.0 touchscreen accessible by the passenger.

The dashboard has also been enhanced. They made the features more driver-friendly and arranged each gauge, button and switch according to urgency. The paddle shifters were a notably familiar concept. These resembled the paddle shifters that were used in previous Ferrari models, including the 488 GTB.

Interior audio configuration is also a breakthrough in the industry due to the light components but crisp sound. Racecars usually don’t carry sound systems since the lighter they are, the faster they go. However, since the Ferrari F8 Tributo is an entry-level racecar that doubles as a casual vehicle, it also encases a dependable sound system for entertainment.

More than the exterior and bodywork, the world of high-class automobiles is currently ranging about the power that it packs under the hood.

The majestic unit houses a 3.9-liter turbocharged V8 engine. Yup, that’s the very same engine that Ferrari brags for having won the International Engine of the Year Award – for three years in a row. It also won the title of the best engine for the past two decades. So to say that its engine is “good” is definitely an understatement.

It’s capable of pumping out 710 horsepower. That’s like 50 more strong-bred horses than its predecessor, the 488 GTB. You should also expect that the turbo is lag-free from this unit. 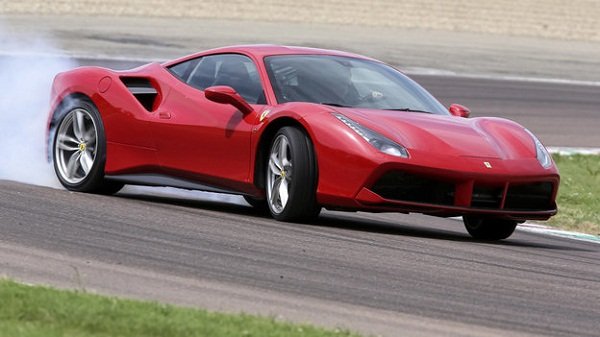 The New V8 is capable of pumping out 710 horsepower

The Tributo is a supercar, so it should have more than just powerful acceleration, but a great top speed as well. The Tributo’s top speed records at 340 kilometers per hour. Torque is also not an issue. Well, that’s unless 568 pound-feet of torque at 3,000 rotations per minute won’t work for you. Indeed the Ferrari F8 Tributo is definitely a stinger in the race track but the manufacturers insist that it’s good for casual everyday driving as well. This currently remains as the most powerful mid-engined V8 Ferrari in the history of all supercars.

This wondrous work of man is currently priced at 276,550USD and it’s not yet available in the Philippines. There are no updates yet regarding dates or plans of when units will be imported, or if Ferrari would even export to us.

>>> Check out the latest car news to catch up with the updates of the new Ferrari V8 Hybrid.