Mitsubishi Outlander PHEV 2019 facelift to debut in Geneva next month

The hybrid Outlander will be more powerful with new hardware components.

Introduced for the first time in 2012 at Paris Motor Show, the refreshed Mitsubishi Outlander PHEV 2019 has been confirmed its world debut at 2018 Geneva International Motor Show next month. According to the carmaker, the new plug-in hybrid SUV will feature a plethora of updates, in which the most important is in the powertrain. 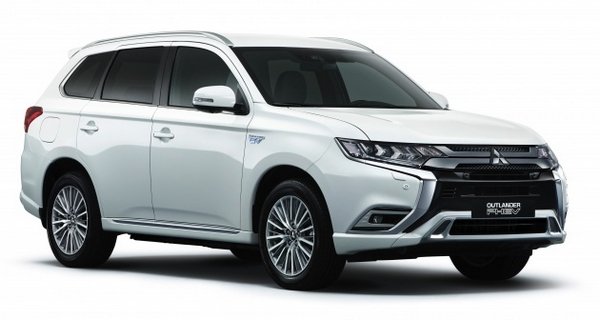 To commence with, the new Outlander PHEV will be armed with a 2.4L Atkinson cycle petrol mill as a generator instead of the outgoing 2.0L Otto cycle. This power plant is expected to deliver higher power and torque and better performance as well.

Regarding the lithium-ion battery, its capacity has been increased to 13.8 kWh when compared to 12 kWh of the previous model’s. On both front and rear axles, two independent electric motors are retained.

Specific output figures of the motors and engine have not been announced though, it is said that total output of the rear motor and generator has been upped by 10%. Based on the fact that the outgoing Outlander PHEV’s two permanent magnet synchronous motors each can generate 60 kWh, the rear motor promises to muster around 66 kWh. 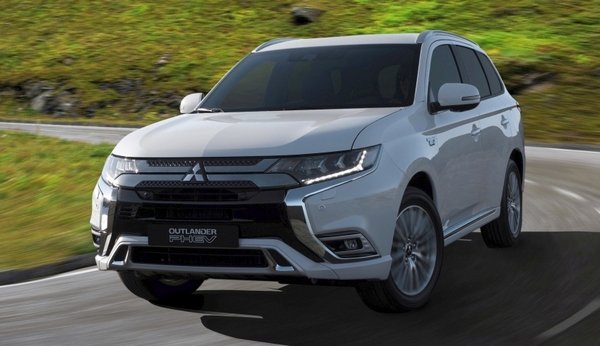 The new Outlander PHEV will be armed with a 2.4L Atkinson cycle petrol engine

Speaking of the torque, the figures should likewise be boosted. In the current vehicle, the rear motor currently gives 195 Nm of torque while the front unit just cranks out 137 Nm.

The upgraded Outlander PHEV will be a four-wheel drive vehicle with two additional driving modes: Snow and Sport in addition to the existing 4WD Lock and Normal modes.

>>> Click to catch more latest car news around the world 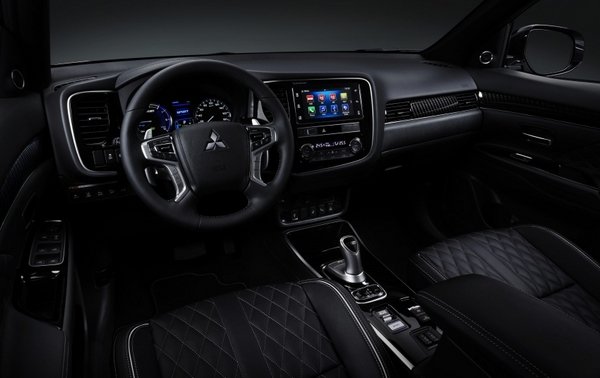 As to the interior, the hybrid SUV is fitted with new quilted fine leather upholstery, a redesigned instrument panel along with new hip-hugging front seats. Other amenities include new trim, modified switchgear and rear air vents.