The second-gen Indian-spec Suzuki Ertiga 2018 once again has been spied while testing in New Delhi, India. According to the source of spied photos, the mule this time is stated to be a petrol version. Although it is hidden in a heavy camouflage, it seems that the new Ertiga gets no significant change in exterior design, compared to the newly launched unit. The second-gen Indian-spec Ertiga 2018 once again has spied while testing in New Delhi, India

Making its debut last month, the Indian-spec Ertiga is powered by an all-new 1.5 L K15B 4-cylinder petrol mill which is capable of cranking out 103 hp and 138 Nm of torque. The powertrain will be a replacement for the 1.4 L petrol unit in India. It works with a four-speed automatic and a five-speed manual transmission. The mule this time is stated to be a petrol version The next-gen Suzuki Ertiga 2018 was announced to be premiered this August while its new crossover version is reported to jump into the range by 2020. 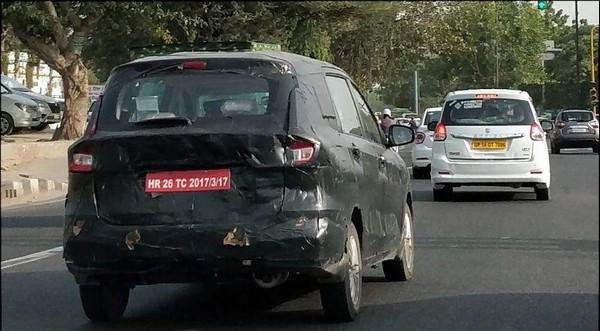