After the Kona, two more Hyundai SUVs will be built to continue the growth of its SUV line-up during the remainder of the decade.
With the aim of embracing the SUV from A to E segment to present a full line-up of SUVs to the customers, Hyundai is looking forward to rolling out two more SUVs by the year of 2020. 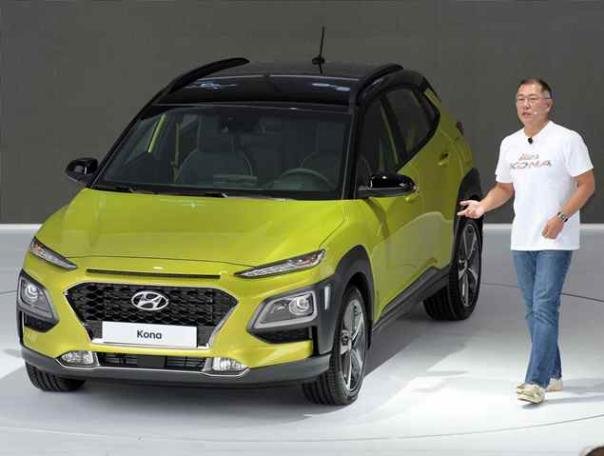 Hyundai is looking forward to rolling out two more SUVs by the year of 2020
“We will make a full SUV line-up in all segments by 2020.”, announced Hyundai Motor Vice Chairman Chung Eui-sun at the world premiere of the new Kona at Seoul, South Korea. “We will also release a super compact SUV smaller than the Kona and a large SUV larger than Santa Fe."

According to Chung, the subcompact SUV would directly compete against the Suzuki Ignis whereas the larger one would rival the Toyota Land Cruiser. Hyundai will release a super compact SUV smaller than the Kona and a large SUV larger than Santa Fe
Interestingly, the Korean carmaker will also work on alternate-fuelled vehicles and the Kona EV was part of its plan. “We will launch electric vehicle Kona EV model by next year. We will focus more on eco-friendly cars such as EVs and hydrogen-electrics.” Chung said. The all-electric Kona is expected to reach an impressive driving range of 386km on a single charge.

Apart from the Kona EV, another eco-friendly addition to the brand’s range is the production version of the FE Fuel Cell concept which initially introduced at Geneva Auto Show in March. This vehicle will debut next year with a driving range of around 800km.
>>> Latest updates on upcoming Hyundai cars can be found in our Complete guide to the Hyundai Philippines' local lineup