Recently, Honda Cars Philippines has officially announced the latest Honda car price list for 2018 model lineup. The new prices has already included new excise taxes under Republic Act 10963 or the Tax Reform for Acceleration and Inclusion (TRAIN) which has been kicked off the effectivity since January 1, 2018. 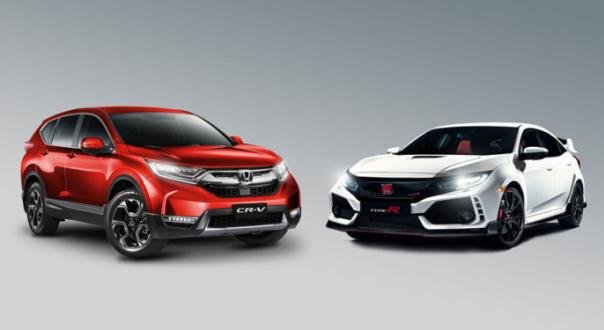 For starters, the pricing for Honda’s hot-selling models, which are the BR-V and CR-V, moderately goes up. You are really lucky if you already brought the 7-seater Honda CR-V in 2017, to be honest.

Seeing an upsurge in prices is the Honda HR-V and Honda Civic. Their prices soar up by P121,000, especially in high-end variants.

While most of the models in the range are pricier, the price of Honda Odyssey EX-V Navi CVT sinks to new low point: P2,433,000 (decreases by P16,000). Not only that, that of the Honda Legend, Honda Pilot and Honda Civic Type R remains static.

Now, let’s look through the 2018 Honda car prices under the new excise taxes in the table below.

>>> Click to keep updated with latest updates in auto industry

<p>Car enthusiasts in the country are lucky to have a wide variety of Honda passenger cars, MPV, SUV, and vans offered by the HCPI. Some of the most popular Honda models are the Honda Civic, Honda City, Honda Jazz, Honda Accord, Honda CRV, Honda BRV, and Honda Odyssey. You can visit Philkotse.com to know more about Honda models, available promos, as well as the latest news, reviews, updaters specs, and other information on the website.</p>