Speed doesn’t seem to be significant enough for the Charlotte Roadster.
As Lamborghini, Ferrari or Pagani has been too familiar to supercar lovers, they now want to find a supercar which is distinctly different from others. And the Charlotte Roadster with a unique fish tank inside will certainly attract their attention and paychecks. 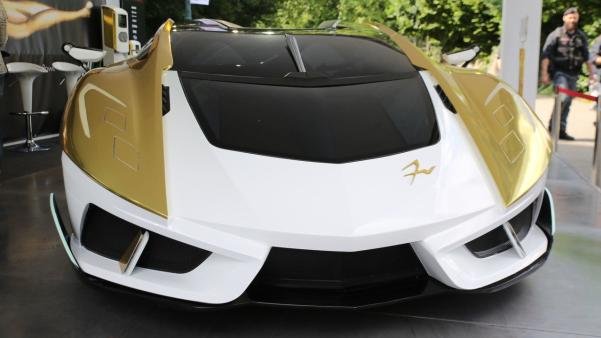 Built by the up-and-coming supercar maker Frangivento, the Charlotte Roadster was initially introduced at the 2017 Top Marques in Monaco in April. According to the manufacturer, this supercar, designed by Giorgio Pirolo, Frangivento’s Designer, draws its inspiration from the Mediterranean. More specifically, the roadster is equipped with a fish tank inside together with leather, Alcantara, and wood surfaces throughout the cabin which is said to recreate reflections off the water. 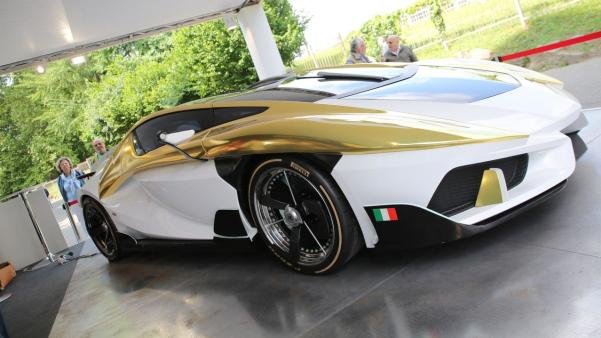 The Charlotte Roadster draws its inspiration from the Mediterranean

"The occupants of the two seats will feel as if they are diving into the sea thanks to the two ‘waves’ that envelop the Sarco seats right up to the door panels," explains Frangivento. "The fishes Nemo and Dory swim around the aquarium, the inspiration for another famous car by the same designer. At the bottom of the aquarium is a little bottle with the names of all those who took part in the project." 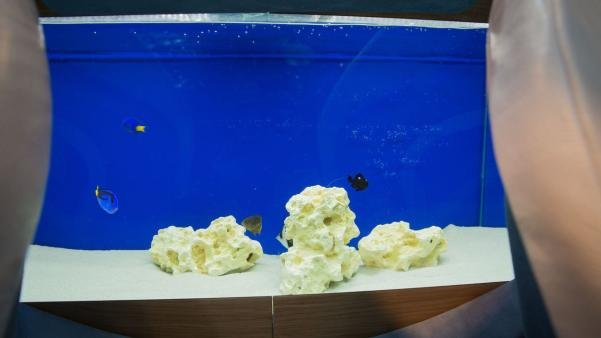 "The fishes Nemo and Dory swim around the aquarium"

Apart from the outstanding fish tank, the cockpit is covered with premium materials such as luxury 3W Tout Bois veneer, Modena interior paneling and exclusive leatherwork from Atelier. Moreover, the classy look of the interior is highlighted by pure silver crafted by jewelers Zampieri 1828 of Padua for numerous controls.

The Italian automaker also reveals that the exterior styling is inspired by the "triangular shape of the island of Sicily" with a curious combination of white, yellow and black. 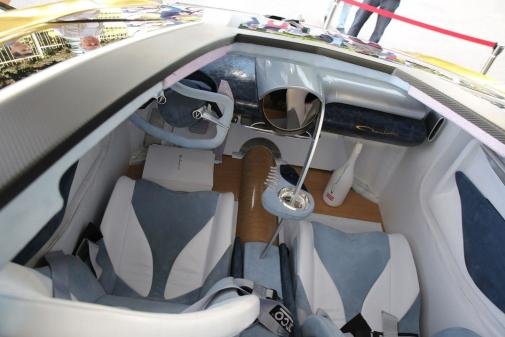 The cockpit of the car is covered with premium materials

The motivation comes from a 70 kilowatt-hour battery pack producing 885 hp. This power allows the Charlotte to sprint from 0 to 100 km/h within 2.6 seconds before hitting an impressive top speed of 305 km/h. Even, the supercar is capable of autonomous driving, according to car news from Frangivento.