In the previous parts, we recollected the Transformers, M.A.S.K and Pole Position. Today, the car movie series by Philkotse.com will continue with two another "car"toons, which are Challenge of the GoBots, Speed Racer, Daimos and The Real Ghostbusters.

>>> If you skipped Part 1 and 2, refer to the following links to look back those interesting cartoons:

3. Challenge of the GoBots

Many of us will probably quickly claim that this show was a rip-off of the more popular Transformers, but the reality is that the GoBots toy line was actually released in 1983, a year ahead of our Autobot and Decepticon favorites. Even the Challenge of the GoBots TV series aired first on September 8, 1984, or over a week before the Transformers made it to the airwaves. Challenge of the GoBots also features two warring factions of sentient machines: the Guardians and the Renegades

Much like the Transformers, Challenge of the GoBots also features two warring factions of sentient machines: the Guardians and the Renegades, hailing from the planet Gobotron. They started out as organic, human-like beings, but a natural disaster on the planet almost made the Guardians extinct. In order to save them, a genius known as The Last Engineer replaced their vulnerable body parts with mechanical substitutes, transferring their brains into large robot bodies and granting them the ability to transform into other vehicles.

Challenge of the Gobots Intro

The battle between the Guardians and Renegades eventually spilled over to Earth, involving humanity in the struggle between good and evil. Unlike the Transformers, Challenge of the GoBots usually focused on a small group from each faction, and they had no insignias with which to readily indicate their loyalties at first glance. Moreover, they rarely used hand-held weapons, instead discharging energy blasts from their fists.

The Guardians were often comprised of:

He acts as leader of the Guardian faction, although he would be the first to say that no one should be in charge, instead supporting a democratic system of government for his fellow Guardians. Despite this, he is a brave leader who cares deeply for the GoBots under his care. Apart from projecting energy blasts, Leader-1 possesses the ability to fly and use force fields, and uses Guardian power suits to enhance his speed and strength. His alternate mode is an F-15 Eagle fighter jet.

Much like Ironhide is to Optimus Prime, Turbo serves as right-hand to Leader-1, and is one of the toughest Guardians around. His headstrong nature occasionally leads him to be injured in the line of battle. His alternate mode is a concept sports car, which makes him one of the fastest Guardians on the team.

Scooter is the Guardians’ resident inventor. Tech-savvy, he is able to hack into Earth computers, and is equipped with a hologram projector in lieu of weapons to create illusions and confuse his enemies. As the youngest Guardian in voice, appearance and personality, Scooter does not have a taste for fighting like his fellow Guardians. His alternate mode is a generic motor scooter.

This is a female GoBot, and one of Leader-1’s most trusted soldiers. Like the Autobot Bumblebee, her small size makes her ideal for reconnaissance missions. She is a determined fighter, if somewhat impulsive and eager to please her older compatriots. Small Foot’s alternate mode is a pickup truck.

Facing off against the Guardians are members of the Renegade faction.

Facing off against the Guardians are members of the Renegade faction

Cy-Kill is leader of the Renegades. Originally a Guardian and friend of Leader-1, he was corrupted by his desire to rule Gobotron in the belief tht he was the mightiest Guardian. Owing to differences in opinion with Leader-1, Cy-Kill broke away from the group and became leader of the Renegades with his ruthlessness. His alternate form is a motorcycle.

Here is another female GoBot, and one of Cy-Kill’s most loyal minions, with a somewhat manic personality and an appetite for wanton destruction. She likes to participate in demolition derbies, ramming other vehicles with her brute strength. Her trademark weapon is stomping her foot on the ground to generate energy attacks that can track their target. Crasher has a long-standing rivalry with the Guardian Turbo, and her alternate form is a Porsche 956 prototype racing car.

While he isn’t particularly bright, Cop-Tur is no less dangerous as any other Renegade, sharing their cold-blooded attributes. He can fire energy blasts from his eyes, or use his rotor blades to create localized hurricanes or as a melee weapon. Possessing a sick sense of humor, he chuckles when in the presence of a weaker opponent. His alternate form is a helicopter.

Like Cy-Kill, Fitor was a Guardian, defecting with him to the Renegade faction. Fitor is a commander in the Renegade army, equipped with surveillance and communication equipment to gather information from the Guardians. His alternate mode is a jet fighter armed with two laser cannons.

Older Pinoy drivers are familiar with this classic anime about automobile racing. Originally introduced as a manga entitled Mach GoGoGo, Speed Racer was eventually adapted into television and aired between April 1967 and March 1968. It tells the story of a young man named Go Mifune driving a specially-equipped race car on various adventures, usually against other racers driving equally tricked-out machines. 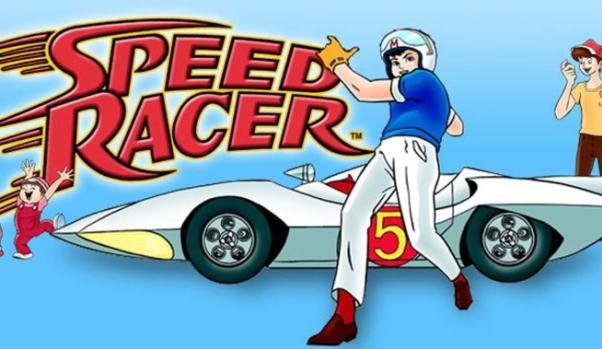 The character and machine design were a combination of Elvis Presley’s racing image and James Bond’s gadget-laden automobile. Pinoy drivers today might especially appreciate the various devices built into Go’s racecar, the Mach Five, which could prove useful against the everyday scourge of modern traffic.

Various real-life cars served as the inspiration for the Mach Five, such as the 1965 Prince R380, Aston Martin DBR1, Chaparral 2C and the Ford GT40. Some of the features built into Mach 5 that have proven indispensable in Speed Racer episodes were:

More Pinoys are more familiar with this one. Part of the Robot Romance trilogy (along with Combattler V and Voltes V), Tosho Daimos (Fighting General Daimos) is as much known for the love story between the Earthling Kazuya (Richard in the English dub) and the humanoid Brahmin Erika, as the numerous action-packed fight sequences executed by the titular robot. More Pinoys are more familiar with the Daimos

But aside from the karate punches and kicks that Daimos delivers in good measure, mainly due to its pilot’s martial arts prowess, what was cool about the robot was its alternate form of a massive truck, called Tranzor. When called into action, Tranzor is launched from a cave, travelling along the ground at high speed. Kazuya would board his Tryper 75S (a futuristic-looking automobile) and rendezvous with Tranzor, using the car to enter the truck from behind, initiating the transformation sequence into Daimos.

The Tryper 75S was actually a weak point for Daimos, since it apparently holds the key to the robot’s transformation. This was exploited in one episode, when a Brahmin agent was able to implant a device within the Tryper that prevented Tranzor from transforming into Daimos, leaving the machine (and Richard) vulnerable to an attacking enemy robot. Luckily, Richard was able to locate the foreign object just in time to remove it and engage the enemy robot in battle.

The animated spinoff of the original 1984 comedy movie Ghostbusters, this follows the adventures of Dr. Peter Venkmann, Dr. Egon Spengler, Dr. Ray Stantz and Winston Zeddmore as they investigate paranormal events in New York City and other locations around the world. As Ghostbusters, their arsenal of tech includes the trademark proton packs that shoot particle throwers, ghost traps to ensnare rogue paranormal entities and huge containment unit where they detain the ghosts they capture. But one of their more impressive tools is their primary mode of transportation, Ecto-1.

A converted 1959 Cadillac-Meteor limo-style endloader combination car (ambulance conversion), Ecto-1 is bristling with Ghostbuster features and tech, being designed and retrofitted by three scientific geniuses. Within the context of the movie, the car had to undergo a major overhaul after it was acquired by the Ghostbusters, with Dr. Stantz making repairs on numerous aspects of the car, such as the suspension, brakes, transmission, and steering box.

Nevertheless, by the time the repairs were completed, Ecto-1 became one of their best weapons against the paranormal creatures they were sent to investigate and capture. The car featured a special rack that stored the Ghostbusters’ proton packs, along with a supply of ghost traps, PKE meters and goggles that helped them monitor and hunt ghosts.

The cartoon version especially features a proton cannon on the roof, presumably a more powerful version of the proton pack that is effective against extra-large or even giant-sized ghosts. Ecto-1’s rear compartment is large enough to hold Ecto-2, a two-seater motorized gyrocopter, and another side compartment holds Ecto-3, a motorized unicycle used as an emergency road vehicle. Sporting a mostly-white color scheme, Ghostbusters logo on the front doors and the trademark siren, Ecto-1 has become a recognizable icon of both the movie and the television series.

Well, there you have it, some of the most familiar car movie series on TV that could very well have inspired a generation of young Pinoys to live out their childhood fantasies someday. What are the “car” toons that you remember and cherish up to now?

>>> Click to catch up with the latest car news worldwide