For the sake of meeting the increasing demand for passenger vans, Foton plans to launch an all-new variant of the View Traveller named Foton View Traveller XL, which can comfortably cater up to 19 passengers. 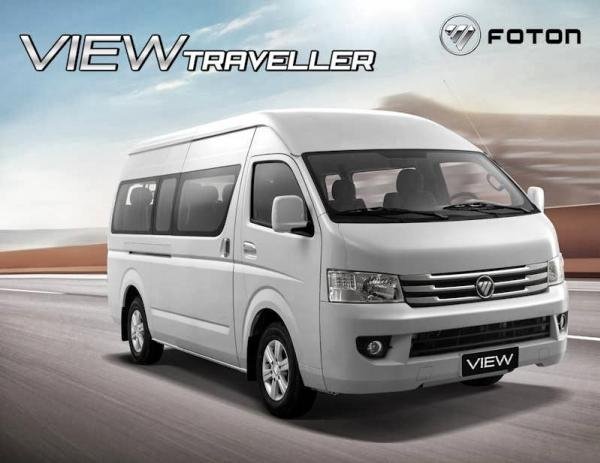 The coming Foton XL will play the role as a top-of-the-line model. Not only is it bigger, but also slightly longer than the current 16-seater model. What’s more, the van will also come with new seat layout while maintaining the existing high-roof body for commodious interior space. Packing a 2.8-liter Cummins ISF SOHC 4-cylinder turbo diesel engine, the 19-seater Foton View Traveller XL can produce 128 PS at 3,600 rpm and 280 Nm at 1,400 rpm. Converting all that power to large numbers on the speedometer will be a standard 5-speed manual transmission. According to latest car news, the Chinese brand is likewise coming up with building more models with automatic gearbox like the Foton Toplander 2018.

Even though the first XLs have come since October, the new 19-seater van is set to be available for sale by December. The price remains undisclosed.

The View Traveller is the Foton Philippines’ largest van in its model lineup. It comes in two variants that can accommodate 16 and 19 individuals. Much like the Transvan, it is developed towards families traveling in large groups or for business-use as fleet service vehicles. However, it comes at much larger and wider dimensions compared to its sibling. The pricing maintains to be affordable for its specifications and capacity. The Foton View Traveller is offered in two variants which are the 16-seater and the 19-seater variant called the XL. Both models are powered by a 2.8-liter Cummins Engine which adds to the reliability of the vehicles. The diesel engine is mated to a 5-speed manual transmission.