Currently sitting atop the performance hierarchy of the 911 template is the 2019 Porsche 911 GT2 RS. It has a striking rear wing and heavily vented bodywork, which makes it easily identifiable as the most powerful creation 911 that  Porsche ever made. The GT2 RS produced lap records at tracks such as Road America and Nürburgring Nordschleife. If you fuse a lightweight sports car and a 3.8-liter flat-six, which creates 700 hp and 553 lb-ft of torque, the result will be the 911 GT2 RS. That extraordinary power is delivered to the rear wheels via 7-speed dual-clutch automatic transmission.

It comes with a set of Michelin Pilot Sport Cup 2 tires and a very fantastic powertrain that help the 911 GT2 RS teleport from 0 to 60 meters per hour in just 2.6 seconds. In just 10.3 seconds, it can divide a quarter-mile drag strip at 140 meters per hour. This prodigious Porsche 911 can move like Mick Jagger and the mechanical equivalent of telepathy. The GT2 RS' highly skillful chassis helps it remain settled in the corners and stay livable on regular trails, but don’t think this vehicle is like any other car that is fine for everyday use. The engine's wailing sound sure is cheering on the racetrack, however, it can be intolerable on long road trips. 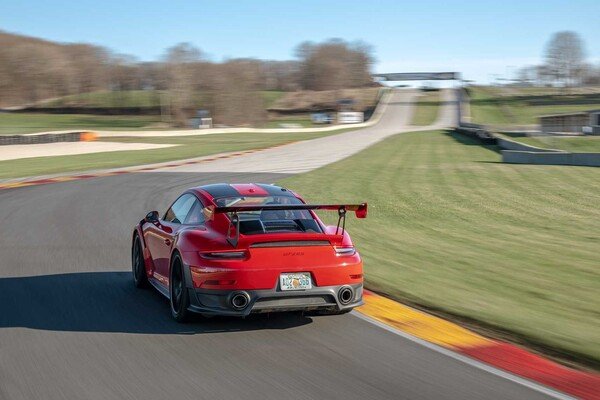 The conventional fixed-back seats of the GTS RS could be a bit uncomfortable if the racetrack shifts into city traffic and the manufacturer did not modify the cabin of the model into a race-focused environment. Thankfully, there’s an available set of adjustable seats without extra cost. The cabin design of this car will be pretty common among pre-991-generation 911s, having a five-gauge instrument panel, and a slanted center console. 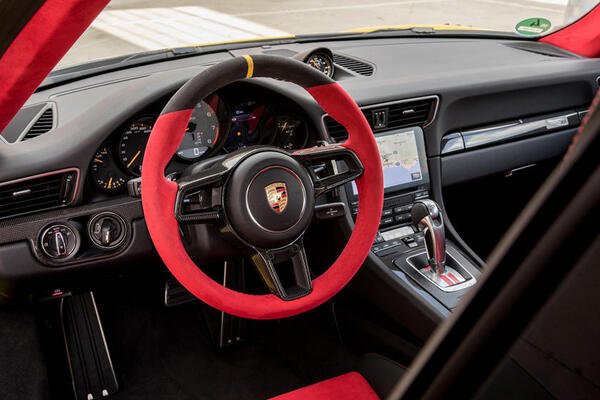 A combination of fax-suede and leather surfaces cover the interior and exudes a surprisingly luxurious look.

A combination of fax-suede and leather surfaces cover the interior and exudes a surprisingly luxurious look. It has a standard touchscreen infotainment system with Apple CarPlay but lacks Android Auto. There are other desirable options, such as a front axle-lift system and a Bose surround sound. The former helps prevent scraping the car's chin spoiler on obstructions.