It might be one of the oddest thefts in the Netherlands.

At around 10:00 on August 1, Lelystad Police in the Netherlands spotted a Dutch man driving his old Renault Twingo with a pair of huge lamp posts on its tiny roof.

After having witnessed that bizarre scene, the police immediately pulled over the man and his petite hatchback. Even though Lelystad officers were unsure of the origin of those lamp posts, they were assumed to have been stolen. But more than that, illegally transporting those likely posts is not the only violations of the driver. 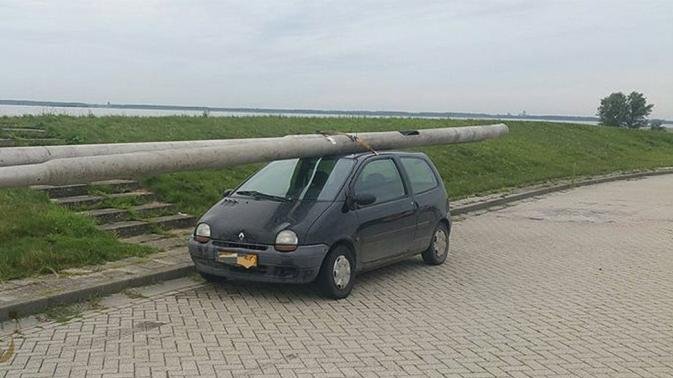 "We start with the traffic violations. That the cargo should not be transported in this way must be clear. In addition, the car was not insured and the APK expired for more than three months," said the police.

>>> View more: 3 most stolen cars in the Philippines

Not only that, the man is said to be under the influence of alcohol although he refused to do a breathalyzer test. Even, he is believed to fuel the vehicle without paying.

After being interrogated, the Dutch defendant confessed to all these violations. Finally, he was taken into custody and his beloved Renault was confiscated by police.

But the story didn’t end that way. What do you make of this image: a bi-tone Citroën 2CV towing the Twingo? We’re just going to leave this here. 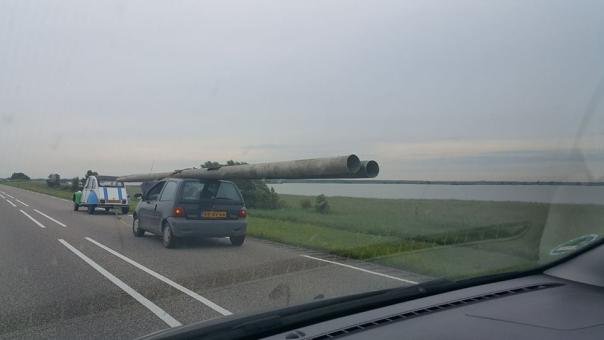 >>> It's time for the driver to upgrade his first-gen Twingo by an all-new 2017 Renault Espace. Read full our article for more information about this car.