A beefier Volkswagen Amarok to be released later this year

And this new top-spec Amarok is based on the Amarok Aventura Exclusive concept.

Last year, with the concept of Volkswagen Amarok Aventura Exclusive doling out 550 Nm of torque and 258 PS thanks to a 3.0-litre turbodiesel V6, Volkswagen successfully took the 2017 Frankfurt Motor Show by storm. However, the brand still keeps it rather closed about the possibility of getting the engine into production.

Now, perhaps the concept of the Aventura Exclusive might come out with the new top-of-the-line variant of the Volkswagen Amarok equipped with the V6 engine which has been tuned to put out 580 Nm of torque and 258 PS. This output figure is higher than that of the existing Amarok’s high-end variant (550 Nm and 221 PS) and even other top-spec rivals such as X Class V6 by Mercedes-Benz (550 Nm & 258 PS) and Ranger Raptor by Ford (500 Nm & 213 PS). 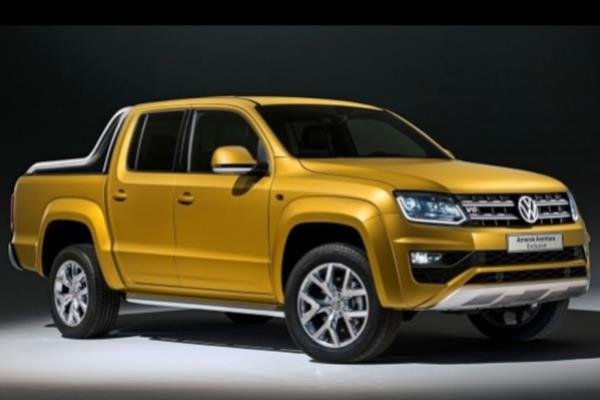 Additionally, drivers of the new range-topping Amarok can even boost the power up to 272 PS thanks to the overboost fuction offered in the top-spec. The variant will come with an eight-speed automatic gearbox along with 4Motion All Wheel Drive of Volkswagen.

Aside from it, the upcoming high-end variant of the Amarok also gains upgrades in vision, which comes in both Aventura and Highline models.

Speaking of the roof, the pillars and roof liners are put on new black accents of titanium. To further differentiate the top-end Amarok from other variants, the German brand decides to give it 20-inch wheels and provide an option for Peacock Green paint. 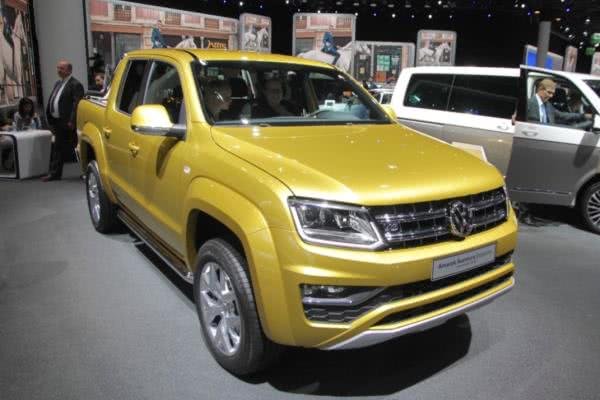 However, the interior will be kept quite similar across the lineup. The most noteworthy difference is the Nappa leather upholstery in the cabin which will come standard in the new top-spec Volkswagen Amarok.

It is expected that this beefiest variant of the Amarok will come out some time this year.