We don’t fear the darkness, we fear what’s inside it.

​Nights are home to the beginnings of terrifying stories. We have visited various forums and collected stories narrated by members sharing their most spooky experiences while driving at night. Today, Philkotse.com would like to present the 8 terrifying stories told by night drivers.

8. Truck with lights out following at night on an empty road

If you’ve ever watched Jeepers Creepers, then this story mostly resonates with it.

The man left work at 3 a.m, heading home on a road which was traveled by no other vehicle until a truck with no lights getting out of a dark road. The truck was told to keep following him in silence till dawn.

Have you ever been alone on the road at 3 in the morning?

A girl who just got out of her boyfriend’s house late at night realized she needed a fill-up. She headed for the nearest gas station. Right when she stopped and got out for the gas, a man ran to her from nowhere and yelled at her “Get back to your car and go!!!”

Judging by his expression, somehow she knew there was no joke and something bad really was about to occur. She went back to her car and left the place most instantly.

The next day she found out that the gas station was robbed with an attendant badly hurt. She then reported the event to local police but up to now, she still cannot tell if that was her unknown saving grace or that robber who saved her life.

The girl got narrowly escaped a robbery thanks to an unknown

6. The man suddenly appear in front of car

Holding the pee is never easy. Letting it all out is the best medicine; however, consider your pee at night when you read this story. It was about a man who needed a pee really bad and decided to do the business with his lights out. Everything done there? NO!

When he got back in his vehicle, igniting the engine, lights on and suddenly a man with a height of about 20ft appeared was moving towards the car. There was no other choice than backing up and luckily the motorist got out of the place with no harms.

A mom and her son reported that they were tracked by aliens. It was a night drive which the vehicle got a light following them for up to 20 miles. The light kept moving front to back and side to side the car. The car’s radio also went out of order during the incident.

It was also strongly confirmed by the mom that there was no plane or helicopter at that time. What could it be, in your opinion?

4. The cat in the middle of the night

A girl just left her boyfriend’s place and head home at 3 am. On the street she’s traveling on, there was a figure of a cat. The strange thing was it got the size of a young horse!

The girl looked into its face and realized it got a human face!!! That totally freaked her out and she immediately took a turn and got off the road. When she turned around to check it again, it already vanished into thin air.

This woman was driving by a graveyard at night when she spotted something strange via her rearview mirror. At second glance, a shiver sent down her spin when she saw the ghost of a man jumping into her car’s rear seats. She couldn't anything but try not to look back and drive home as fast as possible.

She kept the story to herself for years until one day her son told her the same story when he drove by the same graveyard. She knew for sure what happened that night was not a nightmare. 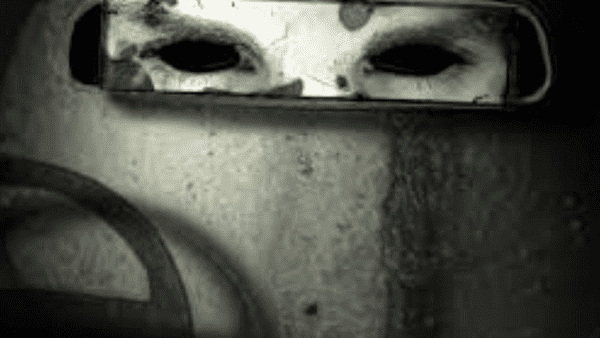 2. Strange voice waking up the driver

After a heavy double shift, the worker headed home at the middle of the night. With a too tired mind and body, the worker fell asleep while the engine was still on. It was a woman’s voice whispering in his ear that woke him up to continue the drive before it could collide with the construction barrels along the road.

"It has been 20 years and I have never forgotten that voice." - he said.

There was, again, an early morning drive home from a great party previously. The guy decided to take a cut across the countryside to get home. On the way, he had to cross an old bridged aged around 80 and 100 years at least.

There were no lights at the time aside from the car’s headlights. Right when his car approached the bridge, a heavy fog ran across his front fascia. As driving through the fog, he told he got goosebumps all of a sudden for no reasons. When he finally droved pass the unexplained fog and looked into the mirror, fog now had vanished into thin air like it had never been there. There was a human figure standing in the middle of the bridge instead.

Reaching home, the story was first told to his parents and they retorted with a ghost story of a girl hanging herself at the place before.

If these stories are not enough to give you goosebump, check this list of 8 haunted places that you don't want to drive through in the Philippines.

You have your own story to tell? Let us know!