>>> Click here if you are interested in the Suzuki Ciaz, a great subcompact sedan that delivers fuel efficiency and smooth driving experience for today’s road warriors

In the full-width rigid side barrier and pole tests, the results showed marginal protection of the chest for both the driver and the rear passenger. Meanwhile, whiplash protection was concluded as good for the front passengers, and poor for the rear seat occupants. 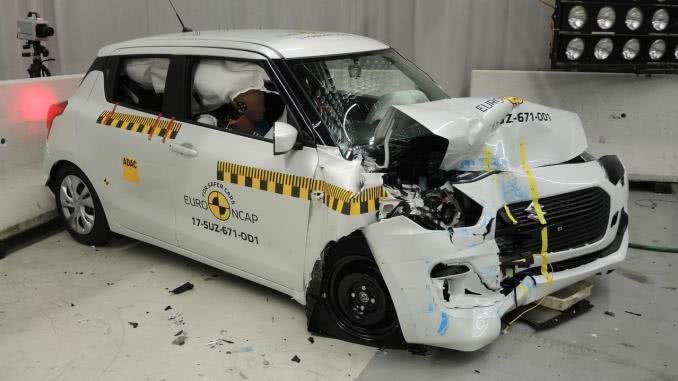 For the frontal offset test, readings from the 6-year dummy indicated poor protection of the chest and neck. For the 10 year dummy, on the other hand, neck protection was marginal and side impact protection results were also good.

In addition, the Swift with the optional Radar Brake Support option pack was tested as well and received 4 stars. This pack essentially adds Autonomous Emergency Braking (AEB) on the car, which boosted the safety levels further on the hatchback.

What has been on the news is that the Euro NCAP started awarding cars with such features with higher safety ratings. Therefore, Micheal van Ratingan, Euro NCAP’s Secretary General said that features like AEB will not be given a complete miss in the future.

Van Ratingan added: “Euro NCAP started rewarding AEB pedestrian systems last year and we have seen a rapid uptake of the technology. We hope to see as fast as adoption of AEB systems that detect cyclists when tests of those systems form part of the rating next year.” 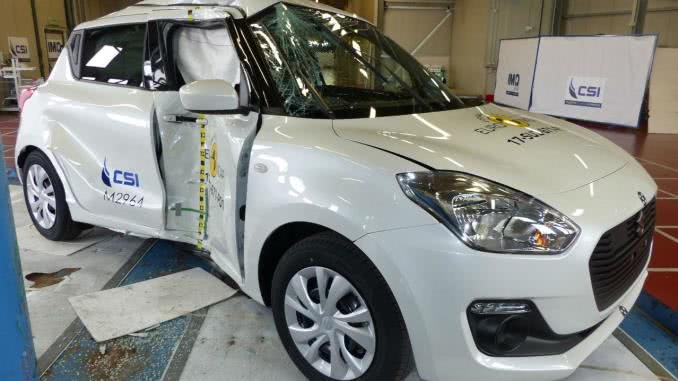 It also scored 69% in pedestrian protection

The new generation Suzuki Swift, a European version of the hatchback, has been subjected to Euro NCAP and comes with with the following safety features:
>>> View more: Suzuki showcases its 2017 S-Cross facelift at Shanghai Auto Show