Suzuki Vitara 2018 introduced at 2017 Car of the Year-Philippines

Oct 31, 2017 | Same topic: Most Updated Car Concept
The GLX variant of the Suzuki Vitara 2018 was in attendance at the Test Fest.

Last October 28th, the 2017 Car of the Year-Philippines (COTY-P) Test Fest took place at Arca South, Taguig. At the car event, the 4th-gen Suzuki Vitara 2018 surprised all event goers with its appearance as the crossover was previously announced to officially make its debut on November 9th. >>> Related post: Suzuki Vitara 2018 to arrive in the Philippines next month

The all-new Suzuki Vitara 2018 is offered with 3 variants including the top-spec Vitara GLX, the mid Vitara GL+ and the base Vitara GL, all run with automatic transmission. This time, the carmaker chose the Vitara GLX to take part in the COTY-P 2017 for testing its quality and technology.

The Vitara can provide a maximum of 5 seats and it is capable of cranking out 115hp and 150 Nm of torque. The car comes equipped with state-of-the-art technology, especially a keyless push start system and a panoramic sunroof. Besides, its safety features also received 5-star rating from Euro New Car Assessment Program, consisting of pedestrian protection, parking sensors, 6-point airbag system and hill hold. 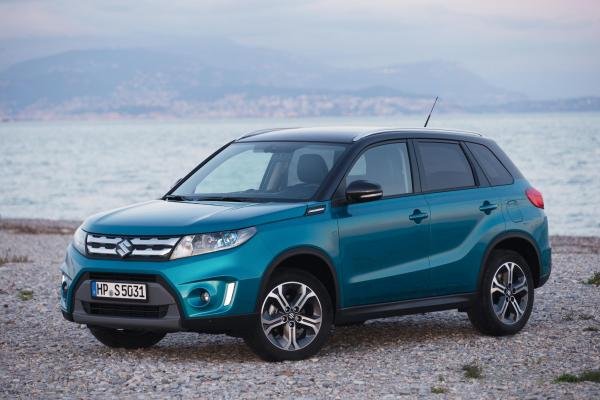 >>> If you're extremely into the all-new 2018 Suzuki Vitara, click to check out our full review.

Suzuki Vitara 2018 Car of the Year-Philippines