The MPV segment has a new challenger yet again.

Hyundai Motor Philippines finally brought in its own contender for the ever-competitive local seven-seater MPV market segment. It's called the Stargazer, and it uses the Hyundai K2 platform which it shares with the Creta. How does the all-new Hyundai Stargazer compare to the Mitsubishi Xpander?

But how does the Stargazer fare against competing models on paper? Specifically, how does it fare against popular MPV models like the Mitsubishi Xpander?

To find out, let’s compare the top-spec Stargazer GLS Premium 1.5 IVT against the Xpander GLS 1.5 AT. We chose those two trims because both are top-spec variants, and so are good representations of what each model can offer. The Xpander is longer and taller, whereas the Stargazer is slightly wider. The Mitsubishi MPV also has more in the way of wheelbase length and ground clearance. This might translate to the Xpander providing more legroom, and a better ability to deal with rough roads and humps. In turn, the Stargazer might provide more elbow room.

Regarding exterior features, both the Stargazer GLS Premium and the Xpander GLS are equipped with LED headlamps, LED taillights, power-folding side mirrors, fog lamps, LED daytime running lamps, among others.

The Stargazer does come with a rear wiper, which isn’t present on the Xpander GLS. The headlamps on the Hyundai model also get an auto-light control function which is also absent on the Mitsubishi.

The Xpander has a set of 17-inch wheels, which are larger than the Stargazer’s 16-inch set.

Inside the Stargazer and the Xpander are three rows of seating with space for up to seven occupants. Both of their second-row seats have a 60:40 split, and their third row has a 50:50 split. All occupants for both are also kept comfortable by a manual air-conditioning system. A view of the Stargazer's interior from the rear door

The seats on the Stargazer may prove to be a bit plusher thanks to being wrapped in leather. The Xpander meanwhile gets fabric-clad seats. The Hyundai MPV also gets a seat back table which isn’t present on the Xpander.

The Stargazer however, does add on to those with a remote engine start system which is not available on the Xpander.

The top-spec Stargazer also gets a fully digital gauge cluster, while the Xpander uses an analog gauge cluster paired with a digital trip meter. A peek inside the Xpander from the rear

For on-board entertainment, the Hyundai Stargazer GLS Premium is kitted out with an eight-inch touchscreen with wireless Apple CarPlay, Android Auto, and Bluetooth. It is then linked to a six-piece speaker system.

The Mitsubishi Xpander, on the other hand, gets a seven-inch headunit. It is slightly smaller than the one on the Stargazer, but it also comes with Apple CarPlay, Android Auto, and Bluetooth. The Xpander also gets a six-piece speaker system.

The Hyundai model does get a wireless smartphone charging pad, but the Xpander does not.

Safety for both the Stargazer and the Xpander are handled by what you’d expect from a modern car model. Both come standard with anti-lock braking, stability control, hill-start assist, ISOFIX child seat anchors, etc. A peek inside the Xpander's cockpit

The Stargazer also gets a whole slew of driver assist features all of which are not present on its Mitsubishi rival. These include a blind-spot collision avoidance system, rear-cross traffic alert, lane keep assist, driver attention warning, lane following assist, and a forward collision-avoidance system. So on paper, the Hyundai model proves to be a safer car compared to the Xpander.

Under the hood of the Stargazer is a 1.5-liter Smartstream inline-4 gasoline engine that’s capable of producing up to 113 horsepower and 144 Nm of torque. Power is then sent to its front wheels via Hyundai’s Intelligent Continuously Variable transmission (IVT). A closer look at the Stargazer's shifter

The Mitsubishi Xpander meanwhile, utilizes the 1.5-liter 4A91 inline-4 gasoline engine. It is paired to a four-speed automatic gearbox, and it can produce up to 103 horsepower and 141 Nm of torque. Its power is also sent to its front wheels.

Based on those output figures, the Stargazer is a bit more powerful compared to the Xpander. Each also comes with very different transmissions, which might mean a difference in driving feel as well. Both the Stargazer and the Xpander then use a MacPherson strut front suspension, and a torsion-beam type for the rear. Both also get front disc brakes, rear drum brakes, and a hand-operated parking brake.

Pricing for the 2023 Hyundai Stargazer starts at Php 998,000 for the entry-level GL variant. Pre-ordering for the Hyundai MPV is now open while full pricing details will be released on November 9, 2022.

For the Mitsubishi Xpander, pricing details are as follows:

In comparing the specs of the Hyundai Stargazer against the Mitsubishi Xpander, one can say that their difference in features is reflected by the pricing. For the Stargazer GLS Premium’s heftier price tag, you get a bit more power on tap, and significantly more in the way of active safety features. Not to mention, you also get wireless Apple CarPlay as well as a wireless phone charger.

Sure, the Xpander did get a good crash safety rating from the ASEAN NCAP but do note that if a buyer is really concerned about safety, then the Stargazer’s extensive kit might just sway you to fork over the extra dough.

As proved by our first impressions review for it though, the Xpander does offer a comfortable interior with plenty of space to work with. Its longevity in the market might also be taken as evidence for its robustness. That’s something that the Hyundai Stargazer is yet to achieve as it is an all-new model after all. The Mitsubishi Xpander from the rear

In choosing between the two as a potential next purchase though, a good test drive will always be more informative. 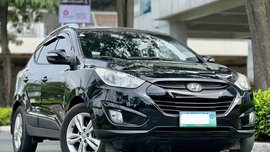 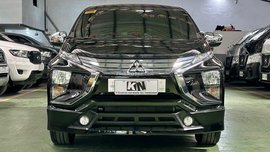