Chery Tiggo 2 Pro vs MG ZS: It's an affordable but capable crossover duel

As we’ve mentioned again and again, crossovers have become quite the popular segment in the Philippines. This mirrors the overall global trend, and like other markets, we’ve received an influx of new models in the past three years.

The latest of this is the Chery Tiggo 2 Pro, which launched recently in November 2021. It uses the same platform that the old Tiggo 2 uses, but it assumes a more modern look, plus it received some improvements to its on-board features and drivetrain.

So, how does the new Chery Tiggo 2 Pro compare against other crossover models in the market that have been around for much longer?

To find out, we’ll be comparing the new Chery Tiggo 2 Pro against the MG ZS, specifically, the ZS Style 1.5 AT. They’re close in pricing, and they both fall in the subcompact crossover segment. Which crossover is better on paper? Moving on to exterior equipment, both crossovers are mostly on-par with each other. Both come standard with halogen headlamps, LED taillights, roof rails, and rear roof-mounted spoilers. The MG ZS however, does come with front fog lamps, and a larger set of 17-inch alloy wheels. In turn, the Tiggo 2 Pro rides on a 16-inch set.

In comparing interiors, both the Tiggo 2 Pro and the MG ZS Style can comfortably seat up to five. Both also get manually adjustable driver’s seats, tilt adjustable steering columns, and manual air-conditioning systems. Inside the Chery Tiggo 2 Pro

Other equipment found inside both models is a push-to-start button, a digital trip computer, an analog gauge cluster, cruise control, and USB charging ports. A look inside the MG ZS (Alpha variant pictured)

To entertain its occupants, the Tiggo 2 Pro gets a nine-inch touchscreen headunit with Bluetooth, USB and Apple CarPlay. In turn, the MG ZS Style AT only comes with a 2-DIN headunit that can play MP3 files, and can connect to smartphones via USB and Bluetooth. Both headunits for both models are then linked to a four-piece speaker system.

Under the hood, the Chery Tiggo 2 Pro uses a 1.5-liter inline-4 gasoline engine that can produce up to 108 horsepower and 140 Nm of torque. It then uses a continuously variable transmission (CVT), which sends power to its front wheels. Check out the rear of the Tiggo 2 Pro

On the flip side, the MG ZS Style is propelled by a 1.5-liter inline-4 gasoline mill that makes up to 112 horsepower and 150 Nm of torque.  It then uses a four-speed automatic gearbox, which also sends power to its front wheels.

As you can see, the MG ZS Style makes a bit more horsepower and torque than the Chery model. A rear-quarter view of the MG ZS

For suspensions, both vehicles use a MacPherson strut for the front, and a torsion beam for the rear. Both also come with disc brakes for all four wheels, as well as a hand-operated manual parking brake.

When it comes to safety, the Chery Tiggo 2 Pro is again pretty much comparable to the MG ZS Style AT. Both come with dual-front airbags, stability control, traction control, ISOFIX child seat tethers, anti-lock braking with electronic brake-force distribution, an engine immobilizer, a security alarm, and rear parking sensors.

The Tiggo 2 Pro does come with a reverse parking camera which is absent on the ZS Style AT. In turn, the aforementioned ZS variant gets a hill-start assist, which is unavailable on the Tiggo 2 Pro.

To sum it all up, the Tiggo 2 Pro is mechanically on the level of the MG ZS Style AT. Beyond that, the Chery model offers more in the way of on-board entertainment. Do you like the looks of the Tiggo 2 Pro?

The ZS Style however, is a larger vehicle than the Tiggo 2 Pro. As such, it might offer more in the way of usable space. For instance, the ZS comes with a default cargo capacity of 448 liters, while the Tiggo 2 Pro only has 420 liters. Moreover, it also has a longer wheelbase than the Chery model, and it also has hill-start assist. Or do you prefer the style of the MG ZS?

The difference in size might justify the difference in price between the two crossovers we’ve compared. But while the ZS is larger, the Tiggo 2 Pro’s price might be enough to sway some people to its side. To put this into perspective, it is currently one of the cheapest crossovers in the market today with cruise control, and a fairly competent headunit.

For more car comparisons like this, keep reading here on the Philippines’ largest automotive portal. 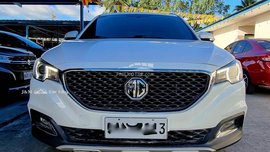 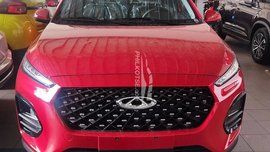