Which 2020 Mitsubishi Xpander should you buy? [Philkotse Guide]

Apr 02, 2020 | Same topic: Which car variant to buy?
Which of the four Xpander variants is the best for you?

Released here in the Philippines back in 2017, the Mitsubishi Xpander stirred the MPV segment and has since then become one of the most popular models in its market segment in the country.

In 2020, Mitsubishi Philippines launched the all-new Mitsubishi Xpander Cross – a beefier looking, SUV-inspired version of the Xpander. As such, it is designed to compete against the likes of the Toyota Rush, the Honda BR-V, and the all-new Suzuki XL7.

Which 2020 Mitsubishi Xpander should you buy? – Variant Comparison

The thing is, the Xpander variant lineup has lost the GLS Sport and instead replaced it with the new Xpander Cross. So, this begs the question: which Xpander variant should I buy?

In order to answer that, here’s a deep look into how all four Xpander variants are different from each other.

In terms of looks alone, the all-new Xpander Cross is vastly different from the other Xpander variants. It is a bit longer at 4,500mm and is 50mm wider with a total width of 1,800mm. It also has a higher minimum ground clearance at 225mm. The vanilla Xpander has lots of chrome pieces

From those figures alone, we can thus say that the Xpander Cross is going to be more capable in dealing with rough roads, as well as bumps and potholes. Note, though, that due to the higher minimum ground clearance, it will also have a greater tendency to exhibit body roll.

In terms of other exterior differences, the Xpander Cross also has a set of larger 17-inch wheels, faux skid plates, roof rails up top, and a different looking version of the Dynamic Shield grille.

MMPC however recently released an update for the GLX, GLX Plus and GLX which gave the three a Shark Fin antenna, a slightly different grille, LED headlights, and a new set of two-tone 16-inch alloy wheels. The Xpander Cross, on the other hand, is tough and beefy looking

Of note, the GLX doesn’t have fog lamps, while the GLX Plus, GLS, and the Cross do.

By being equipped with the most equipment, this makes the Xpander Cross the heaviest among the three variants with a curb weight of 1,275kg. The GLS comes next with 1,240kg, the GLX Plus at 1,235kg, and the GLX the lightest at 1,220kg.

In terms of interior, the Xpander Cross has the most features and quite frankly, it also is the best looking. When it comes to space and ergonomics, however, it’s just about the same across the range. All Mitsubishi Xpander variants can comfortably seat seven people, and all have a maximum cargo volume of 1,630 liters. 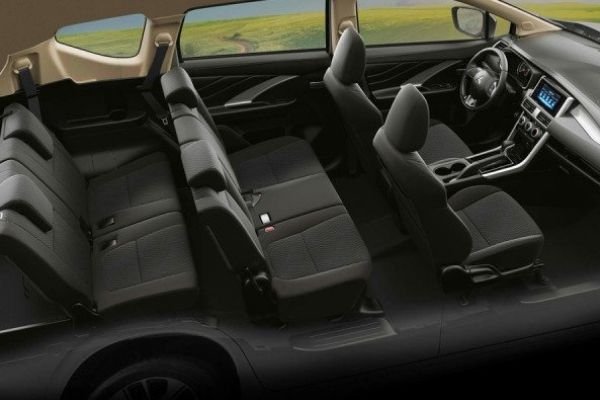 Even the driving-related amenities like steering wheel mounted audio controls, cruise control, as well as tilt and telescoping steering adjustments are standard on all Xpander variants.

When talking about amenities, however, the new Xpander Cross has more, and it comes in the form of a better multimedia system with MirrorLink Feature, an Android OS, Bluetooth, radio tuner, USB, an aux jack, and an MP3 player.

The GLS and the GLX Plus, on the other hand, do have a slightly smaller touchscreen infotainment system with the same capabilities, but it does come with a different WinCE operating system. 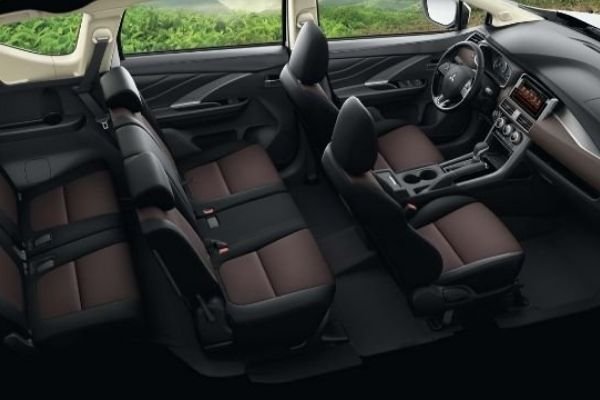 Aboard the Xpander Cross, it's still that but it does have some earthy colors to provide a brighter contrast

The entry-level Xpander GLX is the most utilitarian as it only comes with a basic 2-DIN with an aux jack, a radio tuner, and a USB port.

When it comes to sound quality, both the Xpander Cross and the GLS are equipped with six speakers, whereas the GLX Plus and the GLX only come with four. Only the GLX variant does not come with GPS navigation.

The entire Xpander range,  including the Cross, is powered by a 1.5 liter, inline-4 4A91 engine. It makes a maximum of 103 horsepower at 6,000 RPM, and 141 Nm of torque at 4,000 RPM. All variants are front-wheel-drive, coupled with the same four-speed automatic for the Cross, the GLS and the GLX plus. The GLX, on the other hand, is equipped with a five-speed manual. All variants of the Xpander, including the Cross, has the same 1.5 Liter inline-4

The largest difference will surely come from the Xpander Cross, the GLS, and the GLX Plus in terms of its driving feel. It comes with a larger set of tires and that will surely have an effect on handling and cornering.

Like the discontinued GLS Sport, the all-new Xpander Cross is the most well equipped when it comes to safety. It comes with active stability control, traction control, and hill start assist. The GLS, GLX Plus, and the GLX do not have those features.

Note though that all variants of the Xpander come standard with dual front airbags, anti-lock braking with electronic brakeforce distribution, ISOFIX child seat tethers, and an emergency stop signal.

The Xpander no longer has a sub-Php1-million variant. Regardless, it’s still a very sought after vehicle due to the expansive interior space it offers. So which variant is for you?

Well, let’s put it this way. If you want better capabilities in terms of dealing with rough roads and if you’re anxious about floods and safety, then get the Xpander Cross. Plus, it looks great, too. 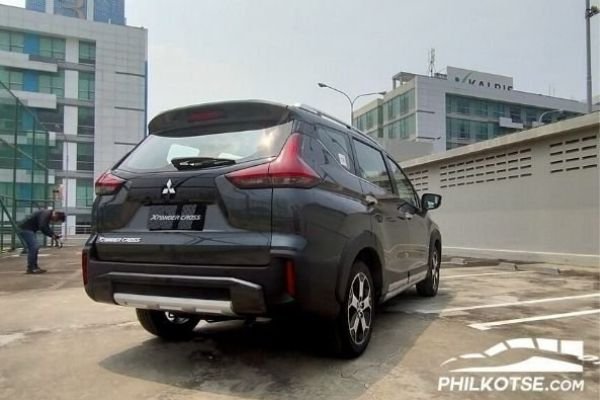 The rear end of the Xpander Cross...

If you still want an automatic transmission but your budget is tight, then get the GLX Plus. But if you’re looking for a simple, yet comfortable ride, and if you feel that you’d want more driving involvement, then the GLX 5MT is for you. Also, it’s the cheapest variant of the bunch. 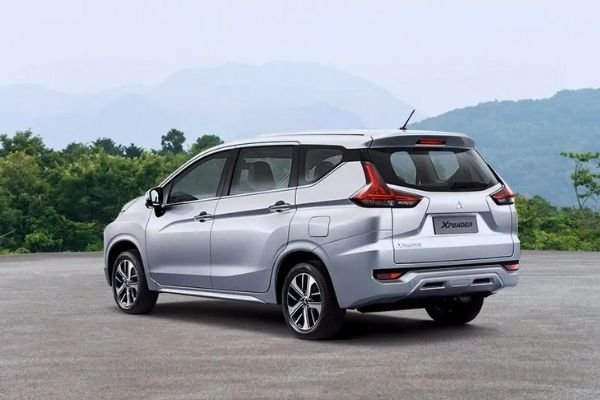 Did this guide help you choose the best Xpander variant for you? If it did, read more articles like this, here on Philkotse.com.