Check out the different kinds of anti-theft devices and find out which one will work best for your car.

Cars are one of our most-valued investments. Purchasing a car is no small matter, but ownership goes far beyond just paying the sticker price, with other costs such as fuel, maintenance, registration, insurance, and most of all, security.

In 2017, the PNP Highway Patrol Group (HPG) recorded over 5,363 carjacking incidents, 424 of which involved four-wheeled vehicles. This emphasizes the importance of investing in a good anti-theft device for your vehicle.

Mechanical immobilizers are the least expensive among the anti-theft features for cars; they are designed to restrict the access to the car, as well as limiting the likelihood of it being moved without the owner’s permission.

Their biggest advantage is their highly visual appearance, which serves as a deterrent against amateur car thieves (professional car thieves, however, wouldn’t be fazed by this).

Authorities recommend that mechanical immobilizers be used in conjunction with other types of anti-theft devices. 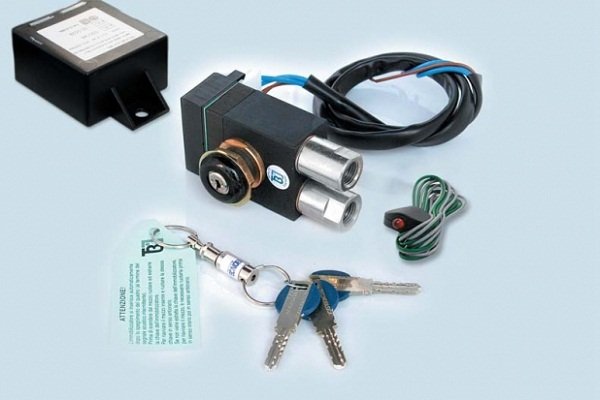 This is literally a lock for the steering wheel, taking the shape of a metal bar. This is placed on the steering wheel and locked in place, rendering it immovable. Thieves will not be able to drive the car unless the lock is removed.

This lock is designed to bar unauthorized access to the engine under the hood. It prevents thieves from stealing the engine parts, especially the battery. Hood locks are similar to hood pins often found in muscle cars, with the main difference being that hood locks require a key to be opened. This lock aims to prevent the engine under the hood

This device locks the tires, also preventing the vehicle from being driven or moved. Before the car can be driven, the tire locks have to be removed. Originally, tire locks were used by traffic enforcers and police officers to immobilize the cars owned by drivers who failed to pay their parking tickets.

Tire lock prevents the vehicle from being driven or moved

However, if there are unauthorized parties who will try to access your vehicle without these signals, the vehicle will not start. Often car thieves will pass on vehicles that have electronic immobilizers since they require more sophisticated methods to defeat.

Electronic immobilizers have radio transmitters inside

This anti-theft device can be installed in the car. When activated, the kill switch shuts down the electrical system of the engine after a delay, ensuring that car thieves won’t get very far.

If your car doesn’t have a kill switch, you can have it installed by a mechanic or electrician. Just remember to check the warranty limitations of your vehicle, as carmakers generally don’t allow anything that involves tampering with the car’s electrical system.

Another thing to keep in mind when installing a kill switch is to make sure it’s hidden in a secure location so that thieves won’t be able to disable it. 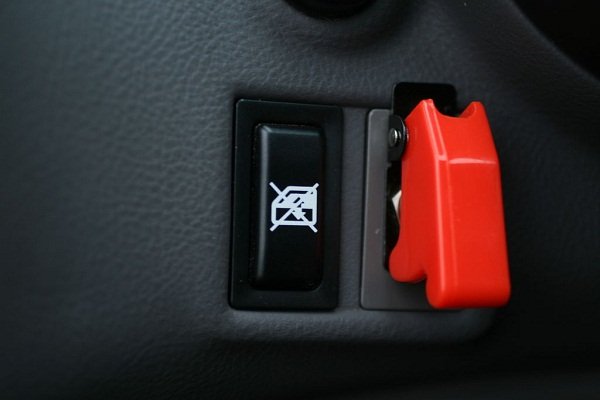 Among other anti-theft devices, the car alarm is the most common. It involves an audible and visual warning (via sirens, horn, and lights) that is triggered when there is an attempt to break into the vehicle.

The electronic sensors send feedback to the alarm system when they detect unusual activity such as breaking glass and sudden movement on the car, activating a loud sound which will catch the attention of people in the immediate vicinity.

When car thieves notice that a vehicle is equipped with a car alarm, it usually deters them. Stickers on both sides of your vehicle proclaiming the presence of an alarm system can help as visual deterrents.

Among all the other anti-theft devices, the car alarm is the most visually effective

This kind of anti-theft system can be quite expensive compared to others. An electronic tracking device on the car provides real-time location information to a receiver, such as a computer or mobile phone, using the Global Positioning System or GPS.

Although pricey, these devices have a very good record in locating stolen cars, usually as fast as an hour after the theft. Two of the biggest companies that provide car tracking systems are American firms OnStar and LoJack. The LoJack tracking system features a hidden transmitter in the vehicle, activated when the car is reported to be stolen. The company boasts of a 90% return rate on stolen cars. OnStar provides a similar tracking system, and this comes standard on new models from Acura, Isuzu, Volkswagen, Audi, and GM.

All cars have a unique serial number composed of 17 digits that are assigned to each vehicle. This is referred to as the Vehicle Identification Number or VIN. The VIN is etched on the underside of the vehicle, as well as on the car’s ownership documents, registration card, and insurance policy.

You can have the VIN etched on the more visible portions of your car, such as the windows and side mirrors.

>>> Click to get more helpful tips and advice for all car owners.