Hyundai has officially unveiled the high-performance version of the Tucson Sport SUV with a power of 204hp in South Africa.
The Tucson is always one of ideal Hyundai models for upgrade. According to the automaker, it took four years to build the high-performance version of beefed-up Sport model. At present, the Korean brand is preparing for the new Tucson’s world premiere, after its launch in South Africa. 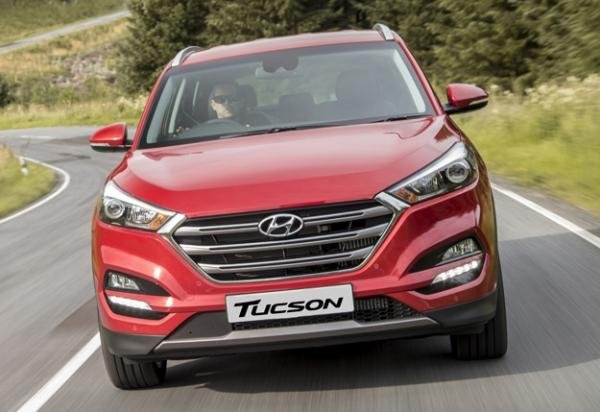 Based on the 1.6-liter turbocharged petrol engine from ongoing models, the Tucson Sport is now improved to reach the power of 204hp and 295 Nm of torque, instead of 177hp and 265 Nm of torque as in current Tucsons. Power reaches the front wheels via a 6-speed manual gearbox. 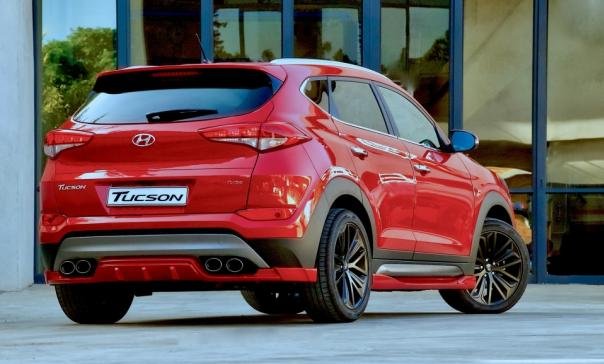 The Tucson Sport is now improved to reach the power of 204hp
The Hyundai Tucson is widely considered a good-looking vehicle, so Hyundai has decided to offer this car a body kit comprising the front bumper, imported side skirts and rear diffuser along with blacked-out 19-inch alloys wheel in order to accent its sporty look. At the same time, the new car also comes with a 4-pipe sports exhaust to further set itself apart from the standard models.

>>> If you're still confused about airbag system in your car, please click here to find out more useful information.

Hyundai has revealed the Tucson Sport compact SUV is produced in a limited run of just 500 units.