It’s the second model to carry the name.

The Toyota GR Yaris is undeniably a blazing little number on the tarmac, but it might be a little too much to expect the same thrills from its more mainstream derivatives. While the GR moniker promises near-motorsport levels of performance, the relatively mundane GR Sport manages the equivalent of an automotive cosplay by comparison. Case in point: Toyota recently launched the Yaris GR Sport in Indonesia, based on the XP150 series marketed in our country. That particular edition brings a full body kit, GR Sport branding, and not much else, retaining the engine and drivetrain of the standard model. Things are a little different in Europe, where the carmaker unveiled another Yaris GR Sport.

Apart from the two additional doors, the European version hews much closer to the performance-oriented GR Yaris, as both models use the XP210 series as the base. While there are still no changes to the powertrain, the dressed-up Euro Yaris benefits from slightly more substantial tweaks. 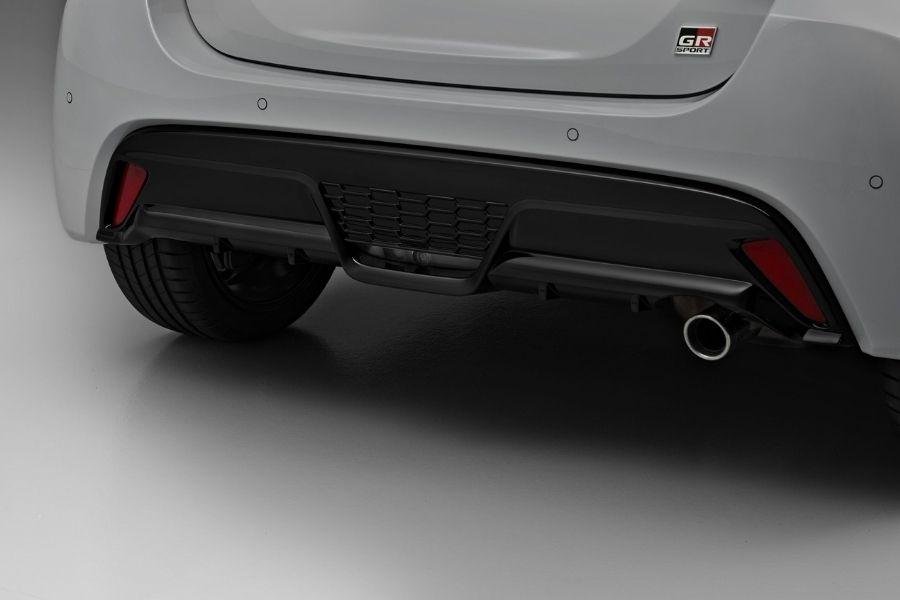 But first, what does this Yaris GR Sport bring to the table in terms of looks? An exclusive Dynamic Grey hue, accompanied by a bi-tone treatment with black accents. The fascia presents a mesh-backed grille wearing the GR badge. There’s a new T-shaped diffuser to evoke athleticism, along with custom 18-inch wheels featuring red accent line segments.

All that buildup leads to a somewhat anticlimactic conclusion, as the Yaris GR Sport still relies on the same 1.5-liter engine as the stock version, offered either in standard or hybrid guise. The former comes with an Intelligent Manual Transmission (iMT), while the makes do with a continuously variable transmission. Save for the GR branding and different interior trim, the cabin is the same as on the standard XP210 Yaris

Some consolation can at least be found. The front shock absorbers are now optimized for increased responsiveness at lower speeds, while the rear springs control wheel lift under acceleration and braking. Updates have been introduced to the power steering mechanism to reduce steering input delay and enhance steering feel, while the Yaris GR Sport’s chassis has been braced to increase rigidity and stability.

The Toyota Yaris GR Sport is expected to hit European showrooms by the first quarter of 2022, with no pricing information available yet. For those who feel they’re not quite ready yet for the GR Yaris Philippines, this might be a more tepid (but no less tempting) alternative.

We cover the latest news on releases big and small at Philkotse.com.