Suzuki Swift 2018 to debut in Thailand on February 8

What do you hope for in the new hatch?

The new Suzuki Swift was rolled out in its home country over a year ago in December 2016. Soon afterward, the Japanese brand continued to introduce the Sport version in September last year with a bevy of class-leading updates. Most recently, a teaser video of the Suzuki Swift 2018 has been published by Suzuki Motor Thailand, disclosing that the new hot hatch will be debuting next month.

All New Suzuki Swift - We Standout

The teaser video shows us different parts of the new Swift, from the LED headlights to rear signature lighting. Taking a close glimpse, you even spot several details of the cabin for example the gauge cluster and a touchscreen infotainment system.

The teaser video shows us different parts of the new Swift

As the outer are entirely put on display, so we cannot see what is under the sheet metal. Up to now, information about the powertrain has still been unannounced. Nevertheless, based on the fact that the Swift will be a Phase II Eco Car, there is strong possibility that a Dualjet 1.2L 4-cylinder naturally-asprated mill will be in charge of to generate power. It is capable of 91 hp and 118 Nm of torque and even, is confident of meeting the Eco Car Phase II standards.

Several details of the cabin are spotted, for example the gauge cluster and a touchscreen infotainment system

According to latest car news, the new Suzuki Swift 2018 will be a lot lighter than the previous version (160 kilograms), so it is expected to be an arch rival of the newly-launched Yaris and Nissan Note in Thai market. 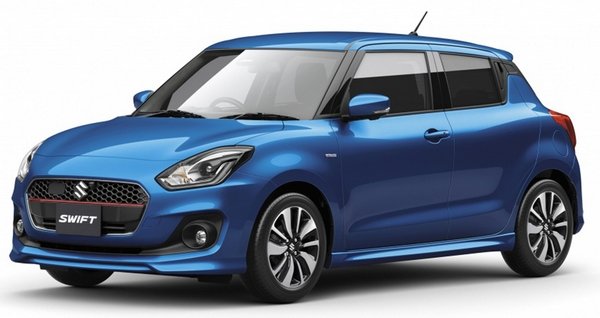 For the Philippine-spec Suzuki Swift, despite no official words on a local debut, we still hope that the hatchback will hit our shores as soon as it comes in Thailand.