Suzuki Jimny 2019 to debut in homeland this July, globally available next year

Though arriving in Japan this July, not until next year will the Suzuki Jimny 2019 be available for the other markets.

Things about the upcoming Suzuki Jimny series have been clear, and it is supposed that these all-new Suzuki’s products will be revealed in July. Looking at promotional activities executed by Suzuki Motor Corporation, along with Asahi Motors (Suzuki dealership)’s claim, we are positive that the Suzuki Jimny 2019 is due to be uncovered on the 5th of July this year.

It is safe to say that the all-new Jimny emulates quite lots from other Suzuki’s models. The dashboard breathes the air of the Ignis and Swift is a patent example. Both the interior and exterior pursue modern designs coming from auto climate control, touchscreen infotainment system, projector headlamp and more to expect. Pictures of the Suzuki Jimny 2019 at a closed-door event hosted in Japan lately unveiled a 3-door model with a hard top. But the other body styles are highly expected to be available. So if you’re dreaming about bringing home a soft top or an extended wheelbase version, it’s not something too dreamy.

While the model for the Japanese market lands with a 0.66-liter R06A petrol powertrain. Other markets will have 1.2-liter K10B, 1.2-liter K12C DualJet, or 1.0-liter K10C Bossterjet petrol instead. The AllGrip AWD system will run on an automatic or manual transmission which dependsk on your choice. 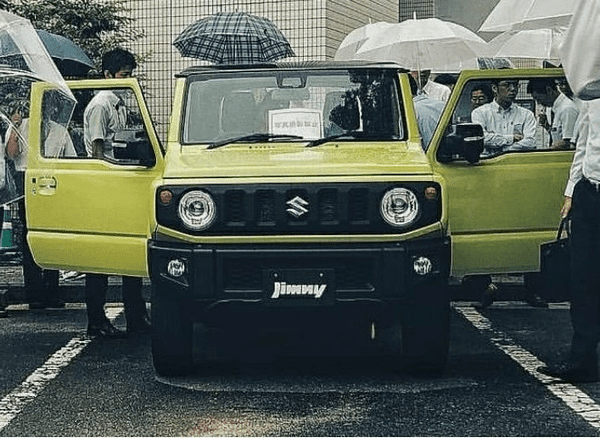 Launched earlier in Japan, the Suzuki Jimny 2019 will only be available for the other market in 2019

The all-new Suzuki Jimny will come to replace the current third-gen SUV which has been active since 1998. Even though being announced to make its debut in Japan this July, not until next year will Suzuki Jimny 2019 arrive to other markets.

>>> Catch up with more auto news on Philkotse.com