The mystery about it will remain uncanny until at least early 2019 as Ford continues to test & tease the new SUV in the coming time.

You may be confused about whether this is an actual Ford Fiesta or just a lifted edition of it. We strongly believe underneath that body it must be a test mule of the 'Ford Baby Bronco', the new product from Ford that has yet to be given an official name. 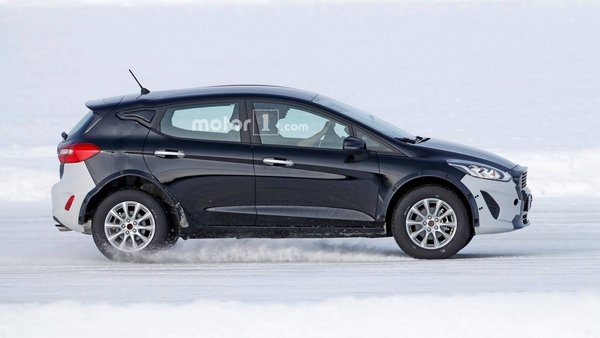 Baby Bronco, the new name Ford give to its new product

There were many things revealed at the manufacturer’s Ford Undercovered Press in Dearborn last week. Along with the Bronco, the small SUV was also spotted testing and evidence showed that they would be ready to handle hardest challenges.

There might be not enough photos to tell us all about the product but with help of them, we somehow still can point out the true identity of the model. First of all, the rugged pinnings say it all that the Fiesta mule is longer and wider than the standard one. The longer wheelbase, extended fenders and details on the fascia also tell the story. 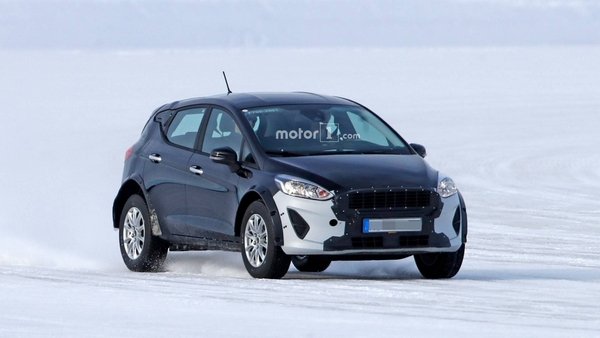 Unlike the Ecosport and the Fiesta which are both designed with 4 wheel bolts, this model has five. The carmaker claimed to confine its focus on off-roading in this new Ford Baby Bronco. Therefore, judging by the ride height, it is pretty clear that it could possibly be a disguised small SUV.

Among the similarities above, this SUV will share some other common features with its bigger Bronco sibling and the Jeep Renegade in appearance. 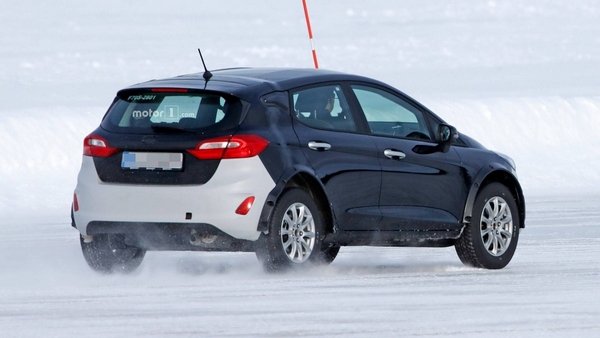 Unlike the Ecosport and the Fiesta which are both designed with 4 wheel bolts, this model has five

These are just some sensible predictions on the product but the mystery about it will remain uncanny until at least the early of next year as the Blue Oval continues to test and tease the new SUV in the upcoming time.