Have a look at the leaked photos of the Honda HR-V 2018 facelift.

In late 2016, Honda introduced its BR-V crossover to the local motoring market for the first time. Over a year later, the Japanese camaker continued to enhance its development strategy towards B-segment crossovers by launching the Honda HR-V 2018 in the Philippines. It has been nearly four years since its first HR-V received a facelift. 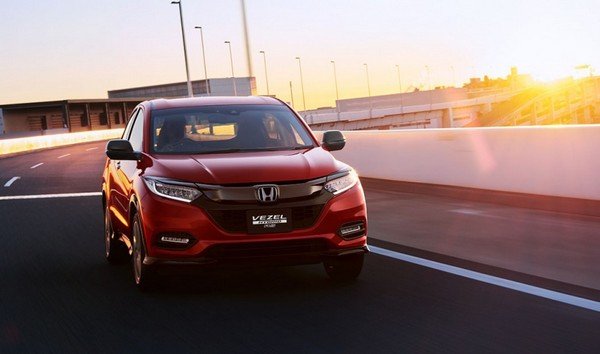 According to the information and photos leaked on its Japanese website, the famous brand confirmed that the car (dubbed as Honda Vezel in its home market) would be officially introduced on the 15th next month. Up to now, there has been very little information on the HR-V except for its redesigned exterior, especially at the front.

In detail, the said car features the same set of headlights found in the brand-new Civic and the Jazz RS, which employs the LED lighting technology of Honda. Besides, while the grille is basically retained, the new crossover is defined thanks to a thicker bar located in the center. What’s more, the 2018 model also comes with redesigned fog light housings in the revised front bumper. Talking about the engine, there is still no details about it. However, based on the photos provided, it might be a hybrid variant. Moreover, non-hybrid cars should be available. Worth mentioning is that the Japanese automaker also promised that all its future models would be equipped with Honda Sensing safety package.

More information about the interior, rear section and other details of the all-new Honda HR-V 2018 model is expected to be unveiled by its launch date in February. Visit Philkotse.com to keep updated with latest annoucement from Honda. Latest updates on upcoming Honda cars can be found in our Complete guide to the Honda Philippines' local lineup.