Before its official launch, precious images of the vehicle have been leaked.

The Subaru Forester 2019 is expected to come out later this month at the 2018 New York International Auto Show. However, in the era of technology, it is not easy to keep things secret, especially such a much-awaited versaltile SUV as the new Forester.

Before its official launch, precious images of the vehicle has been leaked. However, the photos leaked by Allcarnews only show a three-quarter angle front, side and rear view of the new Subaru. The Subaru Forester 2019 front from an angle

Judging by the images, not many changes in appearance are applied to this new model. Though it may look similar to the 2015 Vizic Future Concept, its front end feels a little less edgy. Besides, the headlights are easily recognized being restyled.

Though keeping the C-shaped design in the tail lights of the current-gen model, the unit’s got a smaller footprint as well as a more dynamic form. What’s more, the tail lid seems to be sharper. 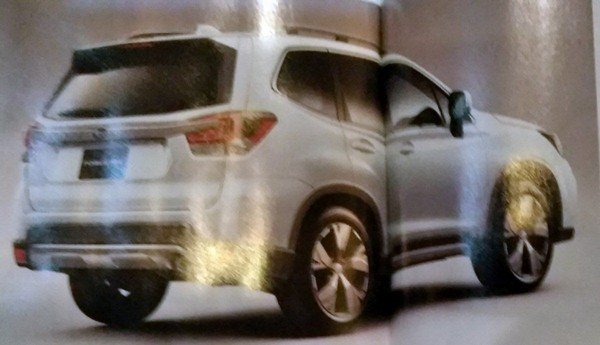 Headlights are easily recognized being restyled

Barring any shots for the cabin, however, it is believed that there are not many alternations from a drivetrain and powertrain aspect. Therefore, we, in the future, may see CVT, 4-cylinder engines and Symmetrical All Wheel Drive on this model.

While the photos partly reveal the outer appearance of the Subaru Forester 2019, there are definitely more things to expect from its launch at the end of the month. Stay tuned and visit Philkotse.com to keep updated with latest car news.