The i-ACT will back to take on traffic management duties in our country by the end of the year.

What has been on the news is that the Philippines has reactivated and expanded the Inter-Agency Council on Traffic (i-ACT). The operations of the i-ACT have been reinforced from Metro Manila to the neighboring provinces.

According to Thomas Orbos, Metropolitan Manila Development Authority (MMDA) General Manager and concurrent DOTr Undersecretary, the nearby areas covered by the revitalized i-ACT’s operations now include Laguna, Rizal, Cavite and Bulacan. This move is in a bid to handle perennial traffic woes in the metropolis.

>>> A bill eyes abolishing Road Board for its misuse of the road user’s tax. Click to find out. 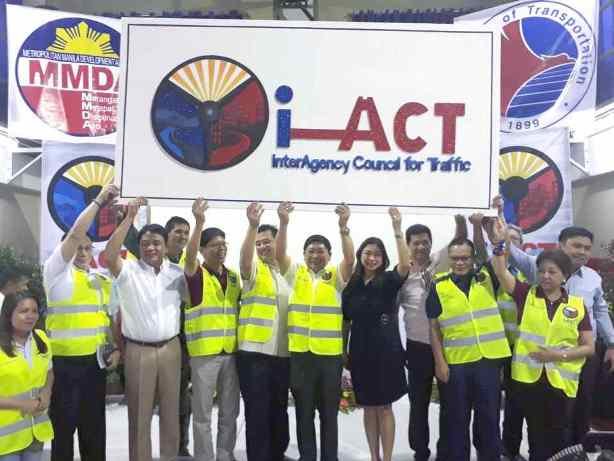 Orbos shared that the old i-ACT initially focused on Metro Manila only. This time, the new i-ACT will cover the adjacent provinces of the Metro Manila in order to solve traffic congestion in the metro.

The traffic congestion is usually ascribed to the Metro Manila and the metro is indeed a traffic-induced personal hell in the Philippines. In many years, solving Metro traffic woes still a dream.

A challenge facing the government is to create seamless and easy coordination of LGUs, the private sector in controlling the current traffic jam, and other transportation agencies in order to ease metro traffic congestion.

According to the MMDA, the population of Metro Manila is estimated at somewhere 12 million but its daytime population could swell to 15 million as commuters of adjacent areas troop to the metro for study, shopping, and business.

>>> View more: Government officials to commute via public transport once a month

>>> Vehicle taxes and traffic mess is discussed during SONA 2017. Click to find out.
The extra three million is contributed by the vehicular volume along EDSA, the main arterial highway in the Metro Manila as it has taken on 7,500 vehicles per direction during rush hours and especially at mall weekend sales, pay days, and weekends.

Part of new i-ACT’s duties will be to clear other main roads in the metro that may serve as alternative thoroughfares to EDSA. In the upcoming time, the i-ACT will deploy its staffs to decongest and clear Roxas Boulevard, R-10, Sucat Road, and Alabang-Zapote.

These 6,341 staffs will be deployed by the LTO, the PNP-HPG, the LTFRB, and the MMDA to C05, Commonwealth, and the central, northern, southern, western, eastern sectors of Metro Manila.

>>> Click to find latest traffic updates in the Philippines