Apr 13, 2018 | Same topic: Highlights of the week
There will likely be a high-performance lineup of the Chevrolet Colorado in the future.

While the sales figure of the 2.8L turbodiesel-driven pickup does not show any signs of slouch, the US carmaker still decides to give the Colorado even more power by building a high-performance new version likely to be slotted above the ZR2 and LTZ. There could be new and more robust versions of the Colorado

Although the Bison nameplate itself can’t disclose any detail about the new vehicle, it is expected to be a high-performance variant of the Chevrolet Colorado or a utility-based version.

The Bison nameplate was derived from the sizable heavy-duty Class 8 trucks. So it seems that the Chevrolet Colorado ZR2 Bison would be a ZR2 focused mainly on utility with various accessories on its bed. This is evaluated to be fitted with the already-rugged ZR2. 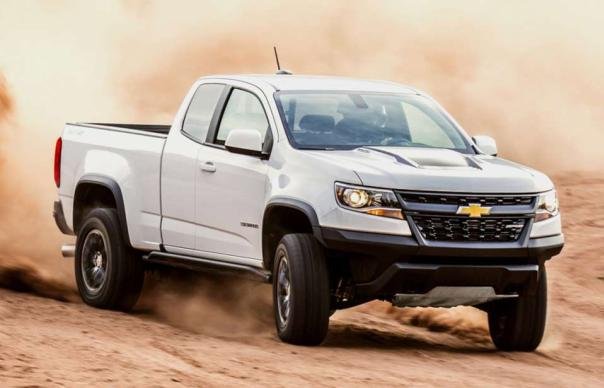 Otherwise, a stronger variant of the Colorado ZR2 is certainly being built to go head to head with the forthcoming Ford Ranger Raptor.

All stay predictions at present. Let’s wait and see what the Chevrolet Colorado Bison wil actually have to offer.

In the Philippines, thanks to the excise tax exemption for pickup truck segment, the Chevrolet Colorado 2018 price mostly decreases with only exception of the base model which slightly goes up by P81,000. Please refer to the below table for the last Cherolet Colorado price: