From now on, both drivers renewing their old driver license and new applicants will now be issued with their plastic cards by the LTO on the same day.

Let cut to the chase: The Department of Transportation-Land Transportation Office (DOTr-LTO) has started distributing the 5-year validity of driver’s license. The long wait of Metro Manila motorists for the release of their plastic license cards is nearly over. From now on, both drivers renewing their old driver license and new applicants will now be issued with their plastic cards by the LTO on the same day. 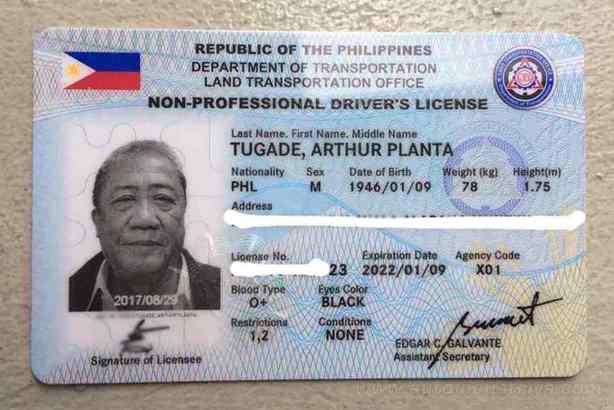 DOTr Secretary Arthur Tugade even tried out the new scheme which would help facilitate the procedure for applying for a driver’s license. Tugade also reminded the agency’s officials to provide a high and consistent quality of service to the public. Furthermore, he also had high expectation of more transparency in the new application process and the reduction in corruption risks. LTO Chief Assistant Secretary Edgar Galvante and LTO’s staffs have been praised by Tugade for their ongoing efforts of finding an ideal solution in sight to the issue of driver’s license.

>>> LTO's next plan is to modernize its IT system to enable online application for drivers’ license and car registration. Click to find out.

The old paper driver’s licenses with 3-year validity were made of PVC material, and based in the thermal printing method. In contrast, the new license cards now base in the laser engraving method and are made of polycarbonate material, which Galvante says is making the cards gain more durability.

It’s nearly too cool to be true. So, the only way to check the new driver’s license cards is to go to the LTO offices and apply for yourself.