Ariel to unveil the fastest-accelerating supercar in history

Ariel believes that its upcoming model will be the coolest supercar ever.

Codenamed P40 (Ariel often calls it “tomorrow’s supercar today”), the new supercar will be able to do the 0-160 kmph in a tamer 3.8 seconds.

The British automaker says that the P40’s chassis and powertrain are the fruits of a three-company co-operative project named Hipercar, with a big help of the British Government.

Specifically, the P40 will sit on an aluminum monocoque chassis; as a result, it may measure 1,600 kg in weight. Besides, the supercar will be wrapped with carbon fiber body panels. 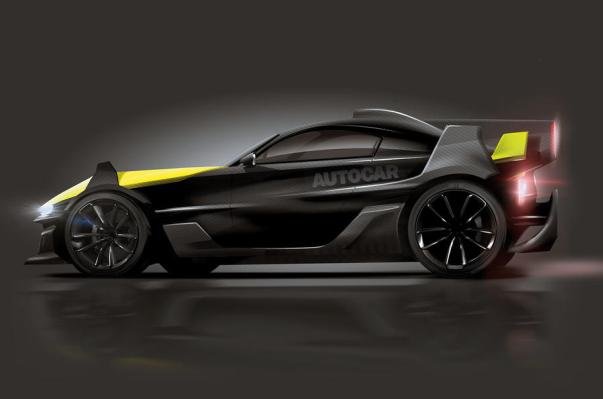 The P40 will sit on an aluminum monocoque chassis

>>> While the forthcoming P40 is outstanding with its speed, the Charlotte Roaster will attract supercar fans to its exclusive built-in fish tank. Click here to find out more.

Regarding the hardware, the Ariel P40 will be driven by four separate 295-bhp electric motors. Each motor is mated to a 42kWh liquid-cooled battery. A 4x2 model with a 56kWh battery is also being taken into consideration. Both two models will be set up a turbine range extender, which can knock out up to 35kW, in order that the car can reach a driving range of 160-193 km. After that, it needs 50 minutes of charging.

Speaking of the top-spec 4x4, thanks to advanced electronic traction control and torque vectoring as well as regenerative braking, this model possesses a supernatural power of 1180 bhp and 1328 Nm of torque. It can whir from 0-96 kmph and 0-241 kmph in a neck-snapping 2.4 and 7.8 seconds respectively before topping out at 257 km/h.

The new Ariel will be unveiled later this month and it is set to go into production in 2020, reportedly.