9 funniest car names of all time

Jul 08, 2019 | Same topic: Highlights of the Week
What happened when car manufacturers find it too difficult to come up with the name for their new models!

The Volkswagen Thing was a 4 door-cabriolet designed as a lightweight, semi-amphibious, mass-produced military vehicle that was meant for military and government use.

It was produced from the late 60s to the early 80s to serve this purpose. Powered by a 1.6 liter flat four engine it created horsepower and torque figures that really didn’t matter as much as it’s purpose and odd-ball name.

I can almost imagine the guys at Volkswagen’s marketing team trying to come up with a name for their new Jeep rival.

They probably spent the entire day trying to mock-up a name and the head of the committee must have had needed to leave right away! “So we have to come up with a name for this thing!” Then the head replies; “Say no more!” "So we have to come up with a name for this Thing!"

Introduced at the dawn on the new millennium, the Mazda Laputa was a Kei Car powered by a 659 cc DOHC petrol engine which mustered up 65hp. It’s the minute size and engine displacement made it eligible for tax breaks in Japan set aside for the Kei Car segment.

The name itself originates from the Jonathan Swift Novel, Gulliver’s Travels, wherein the protagonist is marooned on a strange island named Liliput, inhabited by small and diminutive people call Lilliputians.

I am absolutely sure that the Japanese marketing team had all the best intentions with that name, as everyone else in the world must be aware that there is something wrong with that word.

The word, Puta, in Spanish means “woman of ill-repute” or “prostitute”. The inner 10 years old in me just can't help stop laughing, but it seemed to have worked for the Japanese market, as the model soldiered on for 7 years before being discontinued. 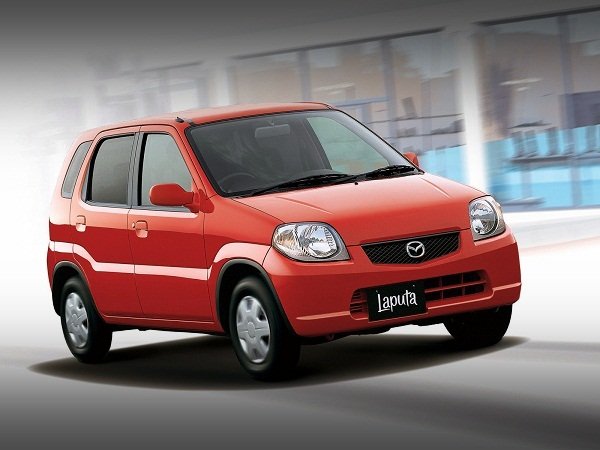 I'm sure the Japanese had all the best intentions

The Mitsubishi Minica Lettuce is another Kei car hailing from the land of the rising sun. It was a variant of the very popular Mitsubishi Minica line-up. The Lettuce variant had an odd door configuration wherein the passenger side had 3 loading doors, while the driver had one huge door.

The design was formulated in partnership with a local grocery chain, hence the name “Lettuce” as the purpose if the vehicle is to load up on groceries, such as vegetables and produce.

I guess that makes sense to call this car the lettuce. I just find it odd to have a car named after a vegetable. Fancy to drive a lettuce one of these days? The design was formulated in partnership with a local grocery chain

The Honda That seems to be a perfectly good van to carry the entire family and your dog, at a minuscule footprint. The name sounds like someone telling you their story and being rudely interrupted.

I can almost imagine Honda’s marketing trying to come up with a name for their little MPV, much like the VW Thing. They probably would have caught Kuya Germ’s afternoon variety TV Show “That’s Entertainment” and with the language barrier thought it would be a good name to call their car just “That’s”

This is one name I would leave in the squarely in this bin because That’s... We come to the section of this article where it gets weirder. Congratulations for getting this far and thank you for keeping up with the pace! You’d probably be so good that your “Rural Nanny” won't be hitting your fanny any time soon!

The Geely Rural Nanny is a Chinese made Ute (Utility vehicle) visioned as a pure workhorse for agricultural use or “Rural” use. Now I most certainly get that part about this car, but the Nanny? I guess you could say it will take care of you while hauling all that produce to the supermarket?

Whatever the reason for this confusing name, it sure caught our attention. 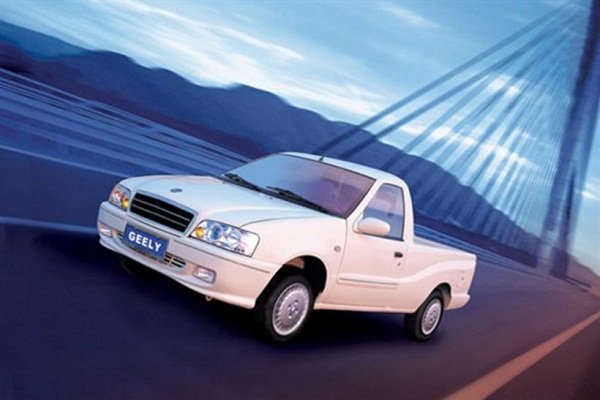 Can Urban citizen drive that?

The Mazda Bongo Friendee is another MPV made for the Japanese Market with a confusing name with 2 words slapped on together which doesn’t seem to make any cohesive sense.

You’ve probably seen this vehicle chugging along local roads, spreading smiles everywhere thanks to grey market imports. According to a Mazda Owner’s group, the Bongo is named after a nocturnal, herbivorous animal indigenous to Africa, and the Friendee part? That’s open for discussion

In any case, the Mazda Bongo Friendee is one of the more pleasant yet hilarious names you can find here. Try saying that name without smiling! Friendee is open for discussion

>>> Find yourself the best deal for your next car in our Mazda cars for sale section.

We have yet another car from Japan with a name so whimsical, you’d wonder if they just meant to use every positive word in the English language. The Suzuki Every Joypop Turbo won’t be out of place at any car-show with a full audio setup blaring out J-Pop Tunes like there’s no tomorrow!

This is a Kei-car minivan that is related to the Suzuki Super Carry, another model that would have made the list but just didn’t cut it.

If you want to experience random happy thought while driving around maybe the Suzuki Every Joypop Turbo is just for you! Now try saying that 3 times fast. SPOILER ALERT!!! Do not Google Search the Word Scat. I’ve issued out a fair warning, and you shouldn’t blame me if you ever did, ok? I’m sure the team at Daihatsu meant to give this little off-road vehicle a well-meaning name.

And I am almost certain that they meant to pertain to the musical style of scat, but over the years the word has been soiled by a different meaning altogether.

Yes I that pun was intended, and yes it was a clue as to warn you of the peril ahead if you Googled the word scat. The word has been soiled by a different meaning

Daihatsu makes the list yet again with, I’ve noticed that unlike other Japanese car brands they prefer to use one word, descriptive adjectives to name their cars. Case in point the Daihatsu Naked.

It was named to describe the vehicle’s build with exposed bolts and hinges that pepper the body panels. It didn’t escape the fact that it makes this list as one of the more bizarre and hilarious car names ever.

These are just a few of the funniest car names we can find. I’m sure you’ve found your own car models with odd names you’d like to share, just drop us a line and share this with your friends and maybe we can make a part 2 of this topic! Naked to describe the vehicles exposed bolts and hinges

Don’t forget to follow Philkotse.com to get yourself informed about the latest in car trends, news, insights and fun articles. =.