Jul 26, 2017 | Same topic: Car Sneak Peeks, Teasers, & Rumors
First images of Mazda’s flagship SUV for the Japanese market has been revealed in a new teaser.
The exterior styling of the forthcoming Mazda CX-8 has been disclosed by Japan-Mazda Motor Corporation, only a short time after the first teaser published in April. While the first one gives us a brief look of the cabin in 6-seat and 7-seat configurations, the latest shows off the overall appearance of this three-row SUV. 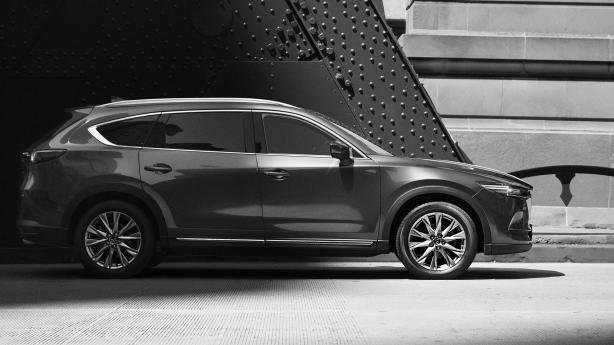 The exterior styling of the forthcoming Mazda CX-8 has been disclosed
If you don’t take a close look at the new CX-8, it’s too hard to set it apart from the sibling CX-9. Still featuring a tapered roofline and a bolder kink in the glasshouse at the D-pillar, generally, the difference between two models is far less distinct. However, the CX-8 seems to be lower and narrower than its sibling. Namely, it will be 175 mm shorter and 1290 mm narrower than the CX-9, but both two models will ride on the same 2,930 mm wheelbase. 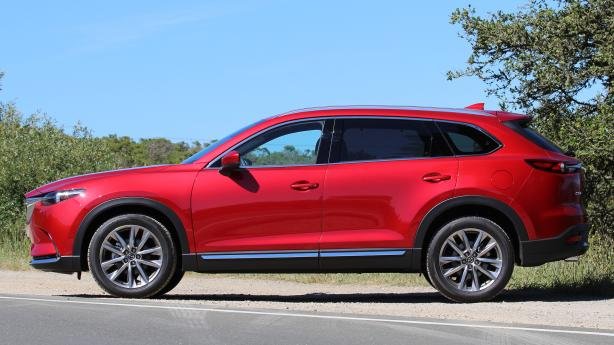 The difference between the CX-8 and CX-9 is far less distinct
>>> View more: Mazda might hold global reveal of the RX-9 at Tokyo Motor Show

Driving the new CX-8 will be a 2.2-liter turbo diesel engine instead of a 2.5-litre turbo petrol unit used in the CX-9. As reported, the Mazda CX-8 will be sold exclusively in the home country as Mazda’s only three-row SUV. In the meantime, the CX-9 is just an export offering despite manufactured in Japan.

>>> Rumor has it that the CX-8 might be exported to Australia. Read full our article to find out more.

The all-new CX-8 is scheduled to go on sale before the end of the year.
Latest SUV cars Mazda CX-8 Mazda Zoomfest 7-seater