White smoke from exhaust on startup: 3 Possible causes & How to fix

Your car could be due for an engine replacement.

What are exhaust emissions?

For cars to move forward on the road, these must continuously deplete gases from the engine to their exhaust. After a fuel with a mixture of air is supplied power to the engine through combustion, it has to be dumped off so a new mixture can be combusted in the cylinders. 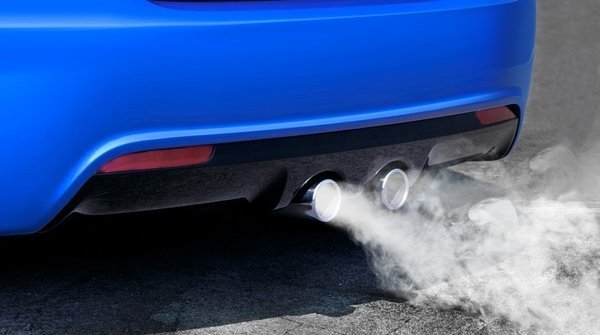 When your car emits colored smoke, then you know something has to be checked or inspected inside your engine. For the most part, colored smoke is not normal and it is a sign of engine component failures.

If your car is emitting white smoke on startup, then we have listed down the causes and how to fix it so you can extend the life of your car’s engine. 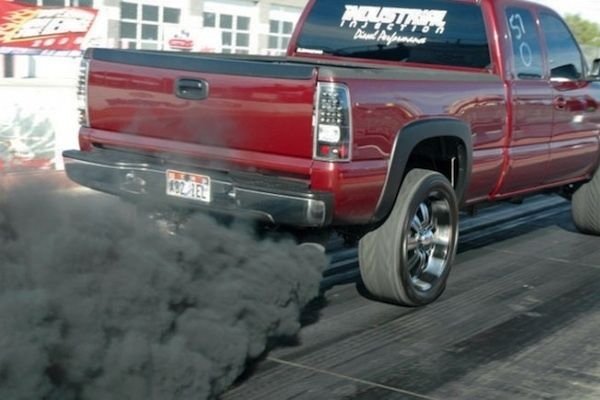 What causes white smoke from exhaust on startup?

In areas where the climate is usually cold, then white smoke is normally emitted due to condensation on startup. The engine became cold after hours of sitting down so the emission of white smoke shouldn’t be a problem. This is why it is recommended to keep the engine warm-up for a few minutes before driving away. A common sight on the road

However, if your car continuously emits white smoke after getting your engine warmed up already, then your engine could have faulty components. If you also live in areas where the climate is generally hot and you see white smoke, then it means you need to get your car inspected.

Your car’s engine control unit (ECU) controls the proper ratio for fuel/air mixture which will be combusted in the cylinders to produce power. This ensures to keep the mixture correct so your engine will not combust lean or rich mixtures, hence keeping your engine running in an ideal condition.

But if you have faulty injectors, then it will not supply the correct fuel/air mixture to the cylinders. As a result, your car’s exhaust system will emit white smoke even on startup. Running with faulty injectors will result in bad fuel consumption and loss of power for accelerating.

A powertrain comes with numerous seals so fluids won’t escape achieving the ideal engine operation. Over time, seals wear or break off as these components face high temperature and pressure every time the engine is cranking. Once it starts leaking, you can expect fluids to enter your combustion chamber which results in the emission of white smoke.

The most common fluid that causes the emission of white smoke is the presence of coolants or water in the cylinder. If oil enters your car’s cylinders, then it will likely emit blue smoke. Either way, you should have your car checked to avoid further damage due to leaking. How do I fix white smoke from exhaust on startup?

A gasket, or a seal, is used to thoroughly achieve a metal-to-metal contact from two different engine components. If your intake gasket is faulty, then coolants are likely entering the intake portion of your cylinder head and later to the combustion chamber.

It is important to check this first to avoid removing other components that are more complex to reassemble. If you see that your intake gaskets are damaged, then replace them even if it is minimal. Follow the same pattern as the previous gasket. The damage will increase which will cause more coolants to enter the combustion chamber.

Step 2: Move on to the head gasket

After checking the intake gasket and you see no faults, you can proceed to inspect the head gasket. A head gasket is one of the most important parts of your engine as it seals the cylinder head that houses the valves to the engine block that houses the pistons.

Without a head gasket, your coolants and engine oil will enter your cylinders. Inspect the head gasket whether it is already blown. If it is, then have it replace before hitting the road to avoid emitting white smoke. Running with a blown head gasket will wipe out your coolants which results in engine overheating.

Step 3: Inspect for cracks in the cylinder head and engine block

There are different methods you can do to inspect for cracks. One of the common ways is by using penetrant and developer. These two are used to detect the cracks in your engine components by making them visible.

If your cylinder head or engine block is cracked, have it serviced which can come with hefty replacement costs since these are major parts essential for engine operation. Check your exhaust from time to time

FAQs about white smoke from the exhaust

Q: What causes white smoke from the exhaust when accelerating?

Your car’s engine is surrounded by coolants to avoid overheating. Once these coolants enter your cylinders due to faulty components, your exhaust will emit white smoke.

Q: What is a cylinder head?

A cylinder head houses critical engine components such as intake and exhaust valves. This sits above the engine block which houses the pistons.

Q: What causes black smoke from my exhaust?

Black smoke could likely mean that your car is running rich due to faulty components such as bad fuel injectors.

Q: What is a coolant?

A coolant is a fluid that absorbs heat from the engine and gets cooled in the radiator. This helps the engine avoid overheating.

Q: What causes blue smoke from my exhaust?

The most common reason why blue smoke is emitted from cars is that oil enters the combustion chamber which is burned with the fuel/air mixture.