Mitsubishi Montero Sport: Common issues and how to fix them

Being a seven-seater midsize SUV, the Mitsubishi Montero Sport has maintained itself to be a popular model in the Philippine market. People like it for its exterior design, and of course the interior space it provides. On top of that, the Mitsubishi Montero Sport has good reliability in general. The current one available on the local market is built on the proven Strada/Triton body-on-frame chassis and it also uses the robust 2.4-liter 4N15 MIVEC inline-4 turbodiesel. An engine from the 4N1 series, which in turn has been around since the early 2000s.

Like any car however, the Mitsubishi Montero Sport will encounter issues in the long run. These issues of course are similar to other modern turbodiesel models. So what are these issues and how does one fix them? Generally, the 4x4 system on the Montero Sport doesn't have much problems

Gunk in the intake

Being a modern diesel SUV, the Mitsubishi Montero Sport will eventually experience gunk build-up in its exhaust gas recirculation (EGR) valve and intake manifold. If left alone, this can incur more damage to the engine’s internals. A clogged up EGR valve. Yuck

To understand this, the 4N15’s EGR takes a small portion of the exhaust gasses to clean it up by burning it. This of course results in oily soot. Now the said soot is likely to combine with the oily gas coming out from the crankcase. Whenever this two mix, it results in a very sticky substance that will gunk up your Montero Sport’s intake manifold and EGR valve.

With those clogged up, it will result in a check engine light, and acceleration problems. Moreover, your SUV might experience trouble reaching peak power as the gunk blocking it from receiving the necessary air to effectively burn its fuel.

The 4N15 is a turbodiesel mill that uses a shim-over-bucket valve adjuster. To be specific, the upside-down “bucket” and shim are devices that set the height of the engine’s valve springs. Now the issue is, these valve shims will get loose over time and so they can no longer keep the right valve clearance. They get loose over time because the valve shim is in constant friction. As such it will get thinner and thinner every time you use your Montero. The same is also the case with other cylinder head components like the valve bucket. The 4N15 is tough, but wear and tear will affect it eventually

If you insist on running an engine without the proper valve clearance, this may result in damaged valves, or worse, upper-cylinder damage. That of course involves an engine rebuilt, which will surely destroy your wallet.

And yes, the 4N15 has variable valve timing. As such, this means that having the right valve clearances is crucial to its operation.

Like any vehicle, an aging Mitsubishi Montero Sport might get alternator problems. Common causes of a failing alternator include the wear and tear of parts, bearing failure, and wiring problems. Any of these issues can be detected by flickering lights, strange noises, stalling, or difficulty in starting.

How to fix intake clogging

To fix a Montero Sport’s clogged intake, one has to manually clean it. To do this, you’ll need to disassemble the intake valve, and locate the EGR valve. Once done, you can use a commercially available cleaner spray that will get rid of the gunk. If the clog is bad enough that it has reached beyond the confines of the intake manifold, you might have to take your Montero to a diesel specialist. 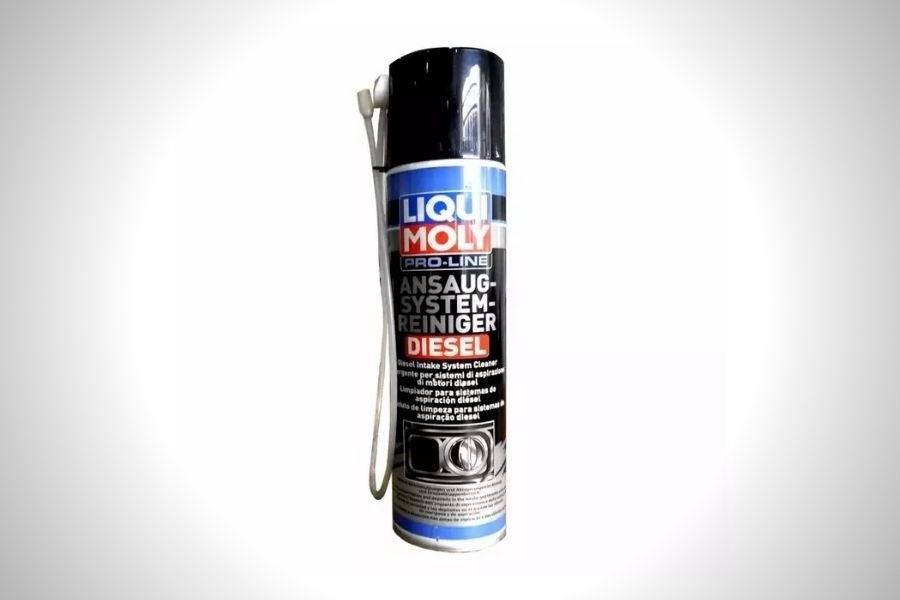 Valve cleaners like this one from Liqui Moly is enough

In the event that you decide to fix this problem yourself, please don’t forget to wear gloves and eye protection. And yes, diesel gunk is not something you’d want on your skin and eyes.

How to fix loose valve clearances

In the olden days, one can readjust an engine’s rocker arms to get the right valve clearances. This can be done by ear and minimal tools. The Montero Sport however, is a modern turbodiesel that uses common-rail injection. And yes, the 4N15’s variable valve timing only serves to complicate things. To this end, we recommend acquiring the help of a proper mechanic. One that’s thoroughly familiar with the 4N15.

Luckily for you, Mitsubishi recommends that one should have his/her Montero Sport’s valve clearances checked every 30,000 km. So if you followed this to heart, you won’t be having valve clearance issues at all.

How to fix a Montero Sport’s alternator problems

If you want to save on money, one way to fix a Montero Sport’s alternator is to have it checked by an automotive electrician. In the local setting, the said electrician might be able to jury-rig a fix, aka “recondition” your alternator. This however, in most cases, is a temporary solution. Instead, we recommend ordering a new alternator, if the problem was indeed traced to the alternator’s interior parts in the first place.

If the problem was merely caused by wiring problems, then an automotive electrician will do. As a side note, do remember that you also have to maintain the Montero's belts

Did this help you in any way? Are there other common Montero Sport issues you want us to talk about?

For more car maintenance tips, as well as car buying tips, keep it here on Philkotse.com. If you are interested in getting a new Mitsubishi Montero Sport, check out Montero 2021 price Philippines.