The local subcompact sedan category is known not so much for performance as giving the impression of it, with styling tweaks and minimal mechanical upgrades.

After all, there’s always a price point to consider, so carmakers do what they can to make the segment as exciting as what the target market can afford, without sacrificing practicality. Two leading brands in the category, Honda and Toyota, are carrying on this tradition. Honda has fielded its all-new City last year headlined by the flagship RS trim, while Toyota has countered by launching the Vios GR-S, ousting the G at the top of the range.

Both models aim to infuse otherwise mundane drives with a sportier flavor, but which one will have buyers convinced?

With dimensions of 4,553mm in length and 1,748mm in width, the City RS stands 86mm longer and 18mm wider than the Vios GR-S, although it sits a negligible 8mm lower. The Honda’s extra sheet metal also gives it a wheelbase of 2,600mm, 50mm more than its Toyota rival. Black figures prominently on the fascia of both models, together with headlamps and foglamps comprising LEDs. A honeycomb mesh pattern is another thing they have in common, although the Vios GR-S has a taller grille flanked by more upright intakes.

>>> Related: Toyota Vios GR-S vs G: What do you get with the new, sporty version? The City RS sports more prominent creases across its doors, but while it sits 8mm lower than its rival, the Vios GR-S whips out a body kit spanning a front lip, side skirts, and a redesigned rear bumper with an integrated diffuser.

Both come with a black spoiler on the trunk, as well as black side mirror housings. The Vios GR-S breaks the color monotony with black exterior door handles. The two also ride on 16-inch alloy wheels.

Either model comes with a keyless smart entry, opening up to a cabin with room for five occupants. Drivers on both cars will be pleased to find leather seats and a steering column adjustable for both reach and rake, with audio controls on the leather steering wheel. Automated climate control is also standard, and although the City RS uses rotary knobs over the more elegant buttons on the Toyota Vios GR-S, the latter comes with second-row vents. While the Vios GR-S uses a 6.75-inch touchscreen for the head unit, the City RS comes with a bigger 8-inch panel. Both offer Apple CarPlay and Android Auto compatibility straight from the factory, apart from the requisite USB, Bluetooth, and AUX IN connectivity options.

Under the hood, both models sport a 1.5L gasoline engine, actuated by a push-start button from the driver’s seat. The Honda City RS puts out 119 hp and 145 Nm of torque, channeling power to the front wheels through a straight-shifting CVT.

Meanwhile, the Vios GR-S manages 106 hp and 140 Nm of torque, compensating for the comparatively low output with a 10-speed gated CVT. Both models come with paddle shifters for more spirited driving.

The two share front MacPherson struts and rear torsion beams, which should be enough to deal with ruts while driving around the metro.

Safety features common to both models include seatbelts for all occupants, ISOFix restraints, anti-lock brakes with electronic brakeforce distribution, stability control, and hill start assist. Six airbags are standard, while the Vios GR-S adds one more to protect the driver’s knee.

A rear camera makes reversing maneuvers easy whichever model you choose, although the Vios GR-S has the added benefit of rear sensors.

Both the Honda City RS and the Vios GR-S are attractive propositions for those looking to add a little spice to their daily drive.

The advantages of the Honda City RS are that it rides on a new platform and offers more power, while the Vios GR-S rehashes the current chassis and channels the brand’s Gazoo Racing spirit exterior bits. Apart from the Gazoo Racing bits, the selling point for the Vios GR-S is being locally made

One thing to consider, however, is that the Vios GR-S follows its siblings in being locally assembled, as opposed to the City RS sourced from overseas. The City RS takes pride in its higher power output

This factors into their respective sticker price, with Honda now required to comply with the provisional safeguard duty tariffs imposed on imported models.

Compare popular models to aid your next car purchase with Philkotse.com. 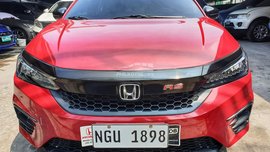 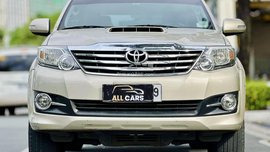