It's a hybrid crossover face-off.

In recent years, the demand for crossovers has gone full tilt on a global scale. This is of course true also in the local setting. As such, major brands like Toyota have entered the crossover game with the likes of the Corolla Cross.

What is NISSAN E-POWER? What Can You Expect? - Philkotse Quick Look

Of note, the Toyota Corolla Cross Hybrid variant now sits as one of the more popular hybrid models one can buy right now. Though more recently, Nissan has also answered the crossover battle with the 2023 Nissan Kicks e-Power.

The Nissan Kicks of course, is also a hybrid version. And while it is technically under the subcompact crossover segment due to its overall size, we can’t help but compare it to the larger Toyota Corolla Cross Hybrid.

To find out which of them are better specs-wise, let’s compare the top-spec Nissan Kicks VL e-POWER AT against the Toyota Corolla Cross Hybrid V 1.8 CVT. As we’ve mentioned, the Corolla Cross Hybrid belongs to a much larger vehicle class. This of course is reflected on the size figures mentioned above. It is longer and taller than the Kicks, but then the Nissan is a bit wider.

Furthermore, the Nissan Kicks also has significantly more in the way of ground clearance. On the flip side, the Kicks gets roof rails, while the Corolla Cross V HEV does not.

Inside, both the Kicks and the Corolla Cross V HEV can seat up to five occupants. Both also have leather-wrapped seats, a 60:40 split folding rear seat, and automatic air-conditioning. For the driver, both hybrid crossovers also provide a push-to-start button, a tilt and telescopic steering column, and a leather-wrapped steering wheel, as well as a decent amount of bottle holders and storage cubby holes.

The larger Toyota model though, does come with an auto-dimming rearview mirror which isn’t available on the Nissan. Furthermore, the Nissan model’s front seats are manually adjustable, whereas the ones on the Toyota are power adjustable.

For entertainment, the Nissan Kicks VL gets an eight-inch headunit with Apple CarPlay, Android Auto, USB, Bluetooth, and auxiliary jack connectivity.  It is then linked to a six-piece speaker system. On the other hand, the Toyota Corolla Cross V HEV also gets an eight-inch headunit that also has Apple CarPlay, Android Auto, USB, Bluetooth, and an aux-jack. It also has six speakers.

Both vehicles also come with a digital gauge cluster. On both models, it’s a seven-inch TFT display.

In terms of safety, both vehicles come with what you’d expect from a modern crossover. Both have anti-lock braking with electronic brake-force distribution, stability control, hill-start assist, parking sensors, an engine immobilizer, as well as a car alarm.

Both also come with several driver assist features. Specifically, both crossovers are kitted out with emergency braking, as well as a forward collision warning system. The Kicks' touchscreen with the 360-degree view monitor on display

The Kicks then gets a 360-degree view monitor, driver attention alert, and a moving object detection system. The Corolla Cross V HEV doesn’t have the aforementioned, but this Toyota-made crossover does get automatic high beams, lane trace assist, blind-spot monitoring, and lane departure alert. In turn, these are not present on the Nissan model.

Lastly, the Kicks gets a total of six airbags, while the Corolla Cross V HEV comes with a total of seven.

Under the hood, the Kicks’ means of main propulsion is the EM47 AC Synchronous motor. It powers the front wheels, and it is powered by a 2.13 kWh battery. The said battery is then topped up continuously by a 1.2-liter inline-3 gasoline engine. At the most, this system can make up to 134 horsepower and 280 Nm of torque. It then uses a single-speed gear reduction tranny. As a whole, this is dubbed as the e-POWER system and it deviates from the conventional definition of what a hybrid is. That is, an electric power working in conjunction with an internal combustion engine (ICE).

Speaking of which, the Corolla Cross V HEV’s powertrain falls within the latter category. It uses the 1.8-liter inline-4 mill, paired with an electric motor. Combined, this powertrain can deliver 120 horsepower and 142 Nm of torque.

Unlike the Kicks, the output of the Corolla Cross Hybrid’s ICE component isn’t for charging a battery, and instead actually powers its fronts wheels in-tandem with the electric motor. Also, it uses a continuously variable transmission instead of the gear reduction tranny that the Kicks uses.

Based on the figures however, it appears that the smaller kicks can make a bit more horsepower and significantly more torque than the Corolla Cross Hybrid. This is an interesting point since the Kicks is smaller and therefore presumably lighter than the Toyota. As such, one can surmise that the Nissan might be a quicker vehicle. Moreover, the Kicks also comes with the e-Pedal step. With this feature, one can accelerate and decelerate the vehicle with just one pedal. This is not available on the Corolla Cross.

Other than the powertrains, other mechanical bits of the Nissan Kicks and Toyota Corolla Cross Hybrid are actually pretty similar. Both have disc brakes for all wheels, and both use a strut-type front suspension and a torsion beam for the rear.

For parking brakes though, the Kicks uses an electronic parking brake with auto hold, whereas the Toyota model uses a manually-operated foot pedal parking brake.

Despite both being hybrids and crossovers, the Nissan Kicks and the Toyota Corolla Cross Hybrid are vastly different vehicles.

For one thing, the Corolla Cross appears to offer more in the way of space as it is a larger vehicle. Features-wise though, the differences are quite marginal. But then each has its own varying safety kits, both of which are more than enough to deal with local traffic. Do you like how the Kicks e-Power's looks from the rear?

If you really want power out of a hybrid though, the smaller Nissan Kicks might be more to your liking. It makes a lot more torque than the Corolla Cross Hybrid as well. Also, the e-Pedal step on the Kicks can be helpful for those who need to deal with the endless bumper-to-bumper traffic of large cities like Metro Manila.

Take note though that the Corolla Cross Hybrid might also offer a vastly different driving experience than the Kicks. Because as we’ve said, the Toyota is more of a conventional hybrid whereas the Kicks uses a rather unique powertrain. In connection to this, do give each a good ol’ test drive before settling on a final choice. Or is the Corolla Cross Hybrid's rear end more to your liking?

Lastly, the Toyota model is also slightly more expensive than the Nissan. So that’s another thing to consider as well. Also, it's notable to point out that not all trims of the Corolla Cross are hybrids, while all Kicks variants are hybrids. This presents the argument that if what you’re after is a hybrid with a more affordable price tag, then the Nissan Kicks might be more to your speed. 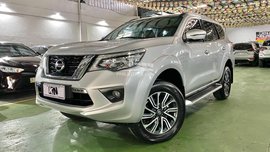 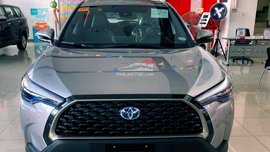