How to interpret car specs to get the right option

Decoding a car’s specifications is explained and what makes them good or bad options.

Simple mechanics and basics as to the how’s and why’s of choosing the best car specs, without getting daffy. The technical nature of car lingo is simpler and easy to understand, without any jibber-jabber at all.

I. Car lingo in a nutshell!

For many car buyers; the best source of information that relates to cars of interest is either the internet or written media. Now, these online car reviews are products of extensive online research to give readers an idea of the technical and relevant specs of any car option! The end goal of these auto reviews is how to interpret car specs to get the right option to the perfect option. Simple mechanics and basics as to the how’s and why’s of choosing the best car specs, without getting daffy

1. Car specs act as a guide or menu for overall performance and capabilities, and its limitations when compared to other options.

2. It serves as a point of comparison when contrasting two options, to know which the best car to get is!

3. Car specs as reviewed; is not an indication that it is the best-selling model, but how well does it stack against the “best” car specs.

4. By nature; differing options are all different in equipment and overall make. Which shouldn’t be taken as a bias but objectives take on the automobiles concerned.

5. Major variations in options will depend on price-point, body type and where it is a premium or base model variant that determines the particulars of an option.

6. The best model is the one with the best equipment and performance, not best-selling which is a subjective term.

7. Best-selling model is top selling brand, which is based on sales data not on actual performance specs.

All these factors are important when reading through car specs, to understand them better. It allows a more informed choice when choosing any car for sale.

Just like any product, cars have specifics that need to be cleared up, so the car buyer knows what they are getting. Think of it; as insurance to make sure that satisfaction is guaranteed and it isn’t a hit and miss buy. Cars will cost thousands of pesos, so going about it precisely and is important how to interpret car specs to get the right option or there might be regrets later on! Knowing what specs to look out for can simplify the task.

Here the five body-types that are relevant and should be considered when choosing these kinds of cars. Now, Philkotse.com shows you five specifications that are relevant to overall performance that include the following.

They are all important but have their particular function.

Here are the primary sizes of cars from micro compact to large sized cars, available in the market. Cars from mid-sized to large size have the widest dimensions, overall when compared to smaller cars. Usually, most small cars are on the budget-range and have the least features.

There are several specifications to look out for when choosing any car, these factors are the following.

This is the amount of oxygen that is introduced into the fuel/air mixture to initiate combustion inside the engine. The bigger the engine; the more air is introduced for more power. At the same time, fuel efficiency goes down with bigger engines. Smaller engines are said to be more fuel efficient, but that really depends on how the engine is set up. 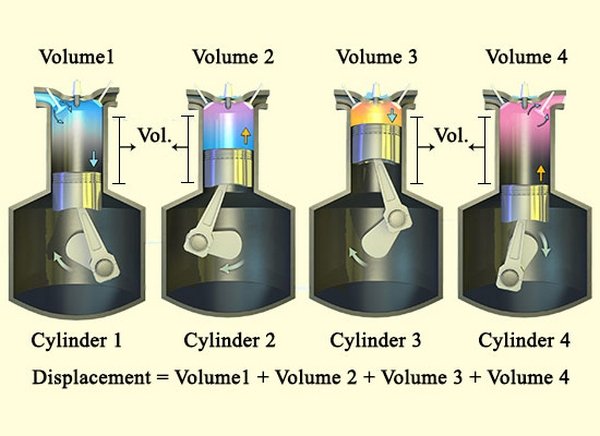 This is the total power produced by the engine when working and high horsepower will translate into an engine that accelerates fast and can maintain a certain speed longer. Top performance means high horsepower generated by the engine, comparing a mid-size engine to a sub-compact engine is like night and day!

When push comes to shove, torque is the ability of the engine to generate enough pull through the transmission gears to tow trailers and other cars. Low torque is not very wise when choosing a car, because poor torque means low horsepower in the powertrain and that is not good, especially for SUVs.

Cars with six to eight-speed gearing can exploit, power produced by torque for effective gear shifting at low or high speeds

Most cars come with different drive trains, and they depend on the kind of car. Here are some examples.

Most cars from the micro sub-compacts to full-sized cars have varying degrees of protection that is graded by NCAP, ANCAP, IIHS and tested for compliance by this these institutions. Cars are tested in various real-world conditions to check if they can survive collisions. The usual safety site for best adult and child safety are the following equipment that should be installed.

These features assure five-star ratings or less than it if they fail at more tests. Most micros to sub-compact cars are notorious failures except for the Mazda 2 and the Honda Brio.

When buying a new car; most budget cars don’t have enough comfort features but mostly the basic equipment. Although from the compact to the large cars, it tends to get better than macros to sub-compacts. Cars with bigger SRPs will have better options by the farm which is a constant trend. Take for example the AC provided and equipped because lower end cars will not have it. Most cheap options have a touchscreen thrown in but without any real value, other than a fancy doodad. When it comes to the tag-price of any car, which is an indication of the refinement it has or how basic its equipment is. The basic rule is that micro sub-compact and sub-compact cars will be on the low-end without the premium stuff. The best-selling cars are usually on the price-point based on cheaper maintenance and spare parts which is much preferred by many buyers. More expensive units are preferred by quality seeking buyers.

All these specifications and features in the snapshots how to interpret car specs to get the right option. Except the exterior is a bit standard with most makes and brands. All these comparisons and contrasts will make clear how to choose a new car without the confusion!

Going over brochures and online reviews should be easier now, and how to interpret car specs to get the right option is easier too. Just look it over and use the sample cars as the basis for any preference. None of the cars specs are the best selling cars, but the cars with their specs used to help read relevant car data and be proficient in car lingo!