Volkswagen Beetle 2014 for sale in Makati

3. USED VOLKSWAGEN BEETLE FOR SALE IN THE PHILIPPINES: MODEL PROFILE

The Volkswagen Beetle, known as the VW Bug, is one of the most popular nameplates in the automotive world, not to mention the most durable. It was the best-selling car in the world until the Toyota Corolla arrived.

The 2016 model was equipped with a 5-inch touch-screen and available for Apple CarPlay and Android Auto. The Beetle Dune also made its appearance later that year. VW dropped the manual transmission for 2017.

From 2012 to 2017, the Beetle was fitted with either a 170-or 210-horsepower four-cylinder engine and from 2013 to 2015, it was built with a turbo diesel engine. The only available engine for the 2018 and 2019 models was a 174-horsepower turbo-four. It came standard with blind-spot monitoring and rear cross-traffic warning.

After the 2019 edition, the Beetle was discontinued.

Although the Beetle is not a hot rod, it handles well in daily driving situations. The six-speed automatic transmission improves the coupe's responsiveness. You will be able to easily reach 30 mpg while cruising down the highway.

The VW Beetle goes up against the Fiat 500 and the Mini Cooper. As far as appearance is concerned, some drivers may prefer the bug-like look of the Beetle. Compared to the tiny Fiat 500, the Volkswagen Beetle can feel a little more pleasant to tall drivers. Although the Mini Cooper is fun to drive, some of its trims are pricey on the side.

A new Volkswagen Beetle used to be sold in the Philippines with the starting price of P1,590,000. Latest updates on upcoming Hyundai cars can be found in our Complete guide to the Volkswagen Philippines' local lineup.

Welcome to Philkotse.com, one of the biggest websites in the Philippines for both new and second-hand car listings.

You are currently on our listings page for used Volkswagen Beetle cars for sale by owners or car dealers. To make it more convenient for you, here are some popular model year as well as the lowest prices of 2nd hand Volkswagen Beetle model on our website:

Before you go through our second hand car listings, you may want to take a quick look at why you would want a pre-owned Volkswagen Beetle.

2. SECOND HAND VOLKSWAGEN BEETLE FOR SALE: WHY WOULD YOU WANT ONE?

Even though the Beetle is no longer available for sale as a brand new model, this one is still good and reliable enough to get one as a pre-owned unit.

Thanks to its stylish design, Volkswagen Beetle remains one of the most distinctive hatchbacks on the market. It's a perfect choice for the Filipinos who are seeking for a nice and convenient commuter car. If you want to discover the freedom to ride with the top down, don't hesitate to check out this convertible model.

The retractable roof of the Beetle Convertible will allow you to feel the wind blowing against your skin. By owning a 2nd hand Volkswagen Beetle, you can also expect the drop-top to attract a crowd on the street. On the inside, adjustable ambient lighting gives the Beetle convertible a particularly enjoyable mood.

If you want to view another model apart from the Beetle, you can explore a wide range of pre-owned Volkswagen cars for sale on our website. Besides, you can also search out for other brand second-hand cars.

With our search filter, which can organize your result through year model, body type, transmission, brand, price range, region, and even your favorite color, you can probably find what you are looking for in no time.

Apart from a large list of second hand cars for sale by either owners or dealers, Philkotse.com also has valuable advice on how to buy second-hand vehicles and how to maintain them. Our website also contains articles on the latest automotive news, current car prices from all car manufacturers, as well as comprehensive car reviews.

Thank you very much for choosing us! 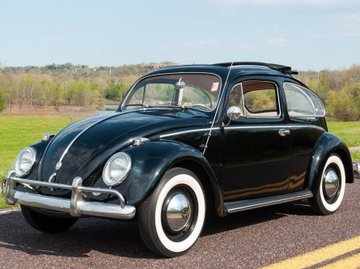 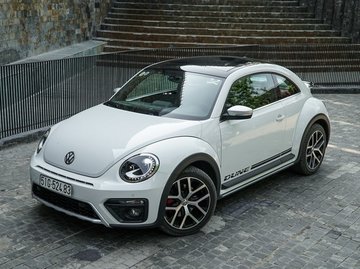 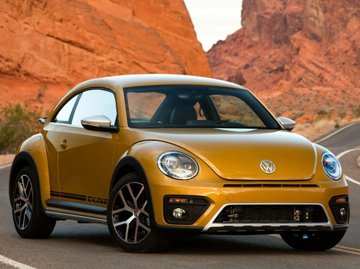 After the 2019 edition, the Beetle was discontinued