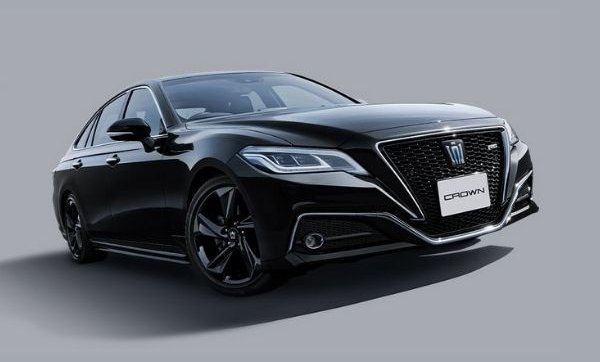 Its second generation was presented in 1962 complete with a restyled exterior and a custom model. It was also the first vehicle of the iconic Japanese carmaker to be exported to Europe.

The third-generation Toyota Crown was offered in a 2.0-liter and a 2.3-liter engine. A premium variant marketed as the Toyota Crown Super Saloon was made available fitted with a 2M engine. From the fourth to the current generation, the Toyota Crown remained one of the most highly-demanded sedans under the stable of Toyota due to its consistent performance and versatility.

Toyota Motors Philippines contributed to its success by manufacturing the premium sedan from 1967 to 1999 in their Paranaque and Santa Rosa, Laguna plants.

The Toyota Crown is equipped with a Data Communication Module system that efficiently assists drivers by providing real-time data on the sedan’s maintenance alert and current diagnosis. Also, it is fitted with artificial intelligence that can be accessed through voice recognition.

The Toyota Crown is offered as a rear-wheel-drive and four-wheel-drive sedan. It is powered by a 2.0-liter turbocharged engine matched with an eight-speed automatic transmission. It produces 242 horsepower with 350 Newton meters of torque. Toyota Motor Corporation also offers two hybrid versions of the premium sedan that runs using a 2.5L dynamic force engine mated with an electric motor that produces 225 horsepower. Is Toyota Crown a luxury car?

Yes, it is. Because Crown is most prominently sold in the domestic market of Japan where it is valued as a luxury sedan. It is packed with luxurious driver and passenger amenities meant to provide a safe, convenient, and comfortable riding experience.

What are the Dimensions of Toyota Crown?

What engine is in a Toyota Crown?

Is Toyota Crown a safe car?

Yes, it absolutely is. It was built to a higher standard than required with a generous number of airbags, lane tracing assist, radar cruise control, pre-collision system with pedestrian detection, road sign assist, seat belts reminder, and more.

Let’s check out the recently released 2023 Toyota Crown crossover and see how the marque has evolved this well-known nameplate.
From 1988 to 1998, the Toyota Crown was available here in the Philippines. Even before that, it was already a veteran.
Toyota Crown Concept to be launched at Tokyo Motor Show 2017. Get Toyota Crown news, specs, along with detailed photos and videos at Philkotse.com 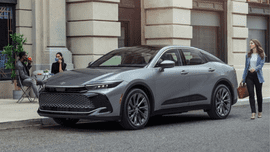 The first version to be released is the Crown crossover. 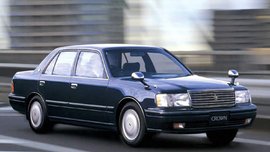 The Crown wasn’t that fast, but it sure was stylish. 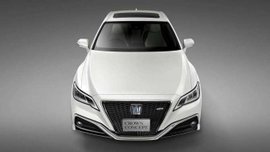 Let’s us have a look at what the next-gen Toyota Crown has to offer.