Recently, the second-gen X-graphic-faced Toyota Aygo has been announced to receive a facelift which is said to feature an even bolder look.

To begin with, the Toyota Aygo 2018 facelift now owns a distinctive three-dimensional front fascia where a renewed headlamps and a lower triangular grille are placed on. It is interesting to notice how the width of the facelift model is emphasized thanks to the addition of fresh LED daytime running lamps with fake grilles underneath and the unique LED taillight design which kinks outwards vertically. The new Blue and Magenta body colors along with a new set of 15’’ alloy wheels and redesigned wheel caps have finished off the new look for the facelifted Aygo.

Speaking of the interior updates, new seat fabrics can be found on most variants while more premium Piano Black and Quartz Grey color scheme, new 3D graphics and new backlighting color for the multi-info display are also welcome addition at the new Aygo. 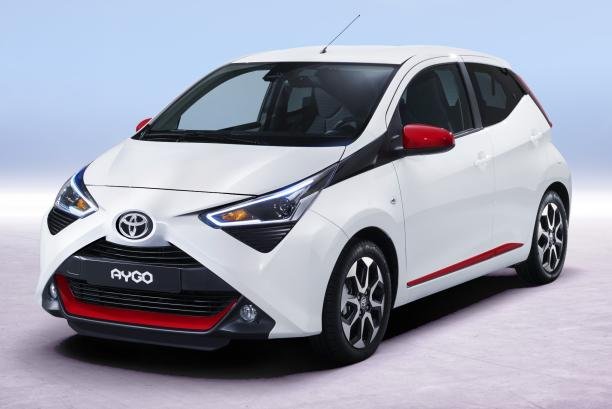 It seems that the Japanese automaker has been quite busy working on updates for higher-trim models. In particular, while the X-Play variant (which slots above the base x model) is offered with an infotainment system dubbed x-touch featuring a 7’’ touchscreen and an air-conditioning system, the range-topping X-Clusiv model comes equipped with:

Specifically, the Toyota Safety Sense kit offers many features for driver support including: 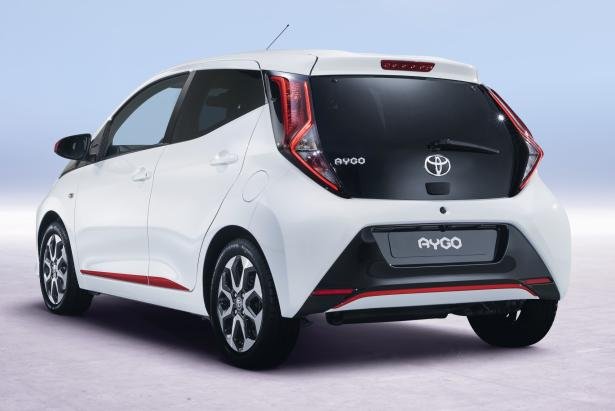 The exterior tweaks have given the new Aygo a bolder appreance

Under the hood is the same 1.0 L 3-cylinder VVT-i petrol engine found in the pre-facelift version. However, the Toyota Aygo 2018 facelift is now compatible with Euro 6.2 with a better compression ratio, a new dual fuel injector system, a cooled exhaust gas recirculation (EGR) system, an advanced balance shaft to decrease idle's vibration and new low-friction parts. The engine is capable of cranking out 72 hp and 93 Nm of torque with 4,000 rpm. It works in a conjunction with a 5-speed automated manual or manual gearbox, does the 0-100km/h sprint in a tamer 13.8s before topping out at 160 km/h.

Under the hood is the same 1.0 L 3-cylinder VVT-i petrol engine found in the pre-facelift version

According to latest car news, an Eco variant is also produced with numerous aerodynamic tweaks, taller fifth and fourth gears, automatic engine stop/start and low rolling resistance tires. Even coming without these updates, the standard fuel consumption of Aygo has already decreased from 4.1 to 3.9 L every 100 km on the Europe's NEDC cycle. Meanwhile, the car’s CO2 emissions have also fallen by 5 g/km to 90 g/km.

The chassis of the Toyota Aygo 2018 facelift also gets improved in terms of steering and suspension.Thanks to these updates, the car’s response to driver inputs has become more precise, ensuring more enjoyable driving experience and greater agility. According to Toyota, the addition of the absorption and sealing materials to the A-pillars, rear deck, doors and the dashboard has also helped reduce considerably noise vibration.