This time the carmaker introduces a beefier Volkswagen Touareg 2019 with a smoother and longer bodywork as well as new high-tech.

After a long time of hiding from spies, the all-new Volkswagen Touareg 2019 was officially revealed in China. This time the carmaker introduces a model with a smoother and longer bodywork as well as new high-tech. In addition, the cabin also brings out new features which deliver comfort to both the driver and passengers.

Thanks to the redesigned front fascia, the new Touareg now owns a bolder appearance. Sharing the similar look with the Arteon, the SUV is also equipped with full matrix LED headlights consisting of 128 LEDs each. 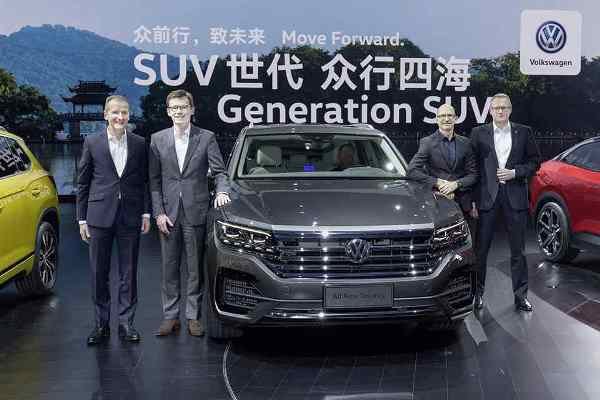 Sharing the similar look with the Arteon, the model is also equipped with full matrix LED headlights consisting of 128 LEDs each

Its rear receives a classy redesign and comes with smooth LED taillights, double exhaust finishers now integrated into its new tailgate and bumper. When it comes to the wheel sizes, the Volkswagen Touareg 2019 measures at eighteen inches and goes up to twenty-one inches. Speaking of overall dimension, the new Touareg has the length of 4878mm (77mm longer), the width of 1984mm (44mm wider), and the height of 1702mm (7mm shorter). As a result, the 2019 Touareg offers larger luggage capacity which can be up to 810 litters compared to the 2018 model (687 litters). Surprisingly, the SUV weights lighter owing to their new platform MLB-Evo. Specifically, the platform makes the 2019 Touareg 106 kg lighter thanks to making use of mixed materials of high-strength steel and aluminum. Take a look inside of the Volkswagen Touareg 2019 interior, you can easily see the domination of leather and a large touchscreen infotainment measuring fifteen inches and a so-called Innovision Cockpit, the digital cockpit measuring 12 inches. There is no longer the presence of traditional buttons which are replaced by a more unseamed and digital operation.

The car also comes with amenities including 4-zone climate control, heated and cooled front seats equipped with massage function, a Dynaudio system ( 730W, 14 speakers) along with a large panoramic roof. The car offers a safety system which brings its driver and other occupants the safest sense and they are all-wheel steering, Front-Cross Traffic Alert, Night Mode Assistance, Roadwork-Lane assist and a head-up display. 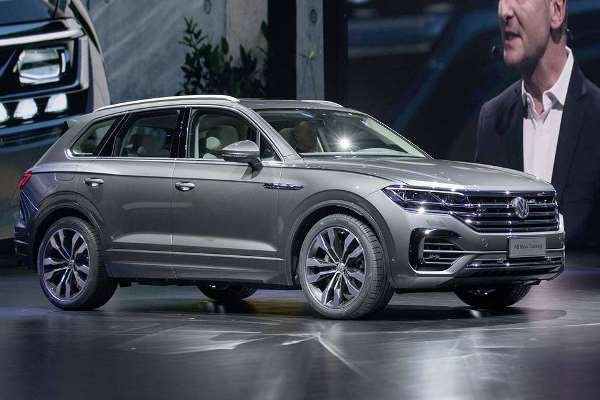 The model comes available with many 6-and-8-cylinder engines. For its European launch, it comes with 2 3-litre V6 turbo-diesels, whereas with two different outputs (286 PS and 231 PS). This will be then followed by a V6 gasoline which doles out 340 PS while a 4-litre V8 turbo-diesel produces 421 PS. Another version, PHEV (plug-in hybrid) for Chinese car enthusiasts, will put out 367 PS.

>>> Click to catch up with latest car news worldwide